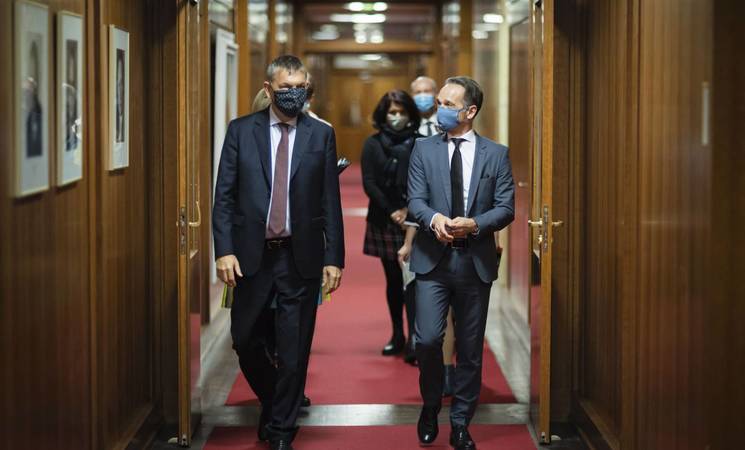 UNRWA said in a press release that the visit, between 6-9 October aimed to further strengthen the strategic partnership between UNRWA and the Federal Republic of Germany, through a series of high-level meetings.

In all his meetings, Lazzarini reiterated how critical support from Germany enables the Agency to maintain its vital services to Palestine refugees.

Lazzarini was also invited to brief members of the following Parliamentary Committees: Budget, Human Rights and Humanitarian Aid, and Economic Cooperation and Development. In addition, he met with various Bundestag political groups, including the Parliamentarian’s Group on Arabic-speaking countries of the Near and Middle East, as well as with Dr. Khouloud Daibes, Ambassador of Palestine to Germany and engaged with representatives of the Catholic and Protestant churches, civil society organizations, academia and media.

These meetings were an opportunity for Lazzarini to discuss the humanitarian and operational situation in the Agency’s five fields of operations, specifically highlighting how UNRWA continues to respond to COVID-19, as well as the question of Palestine refugees in the region more broadly.

Lazzarini also reminded his interlocutors of the Agency’s precarious financial situation and the need for sufficient, sustainable and more predictable funding for its operations in support of the well-being, human development and protection of more than 5.6 million Palestinian refugees in the region.

For UNRWA, Germany is an important and strategic partner. The Government of Germany was the Agency’s largest donor in 2019 contributing more than EUR 152 million towards UNRWA operations. Since 2005 Germany has been a member of the UNRWA Advisory Commission, which is tasked with assisting the Agency in carrying out its mandate. In recent years, Germany has continuously increased its commitment to UNRWA and considerably expanded its financial and technical cooperation across the board. Germany has pledged EUR 161 million in funds so far in 2020.