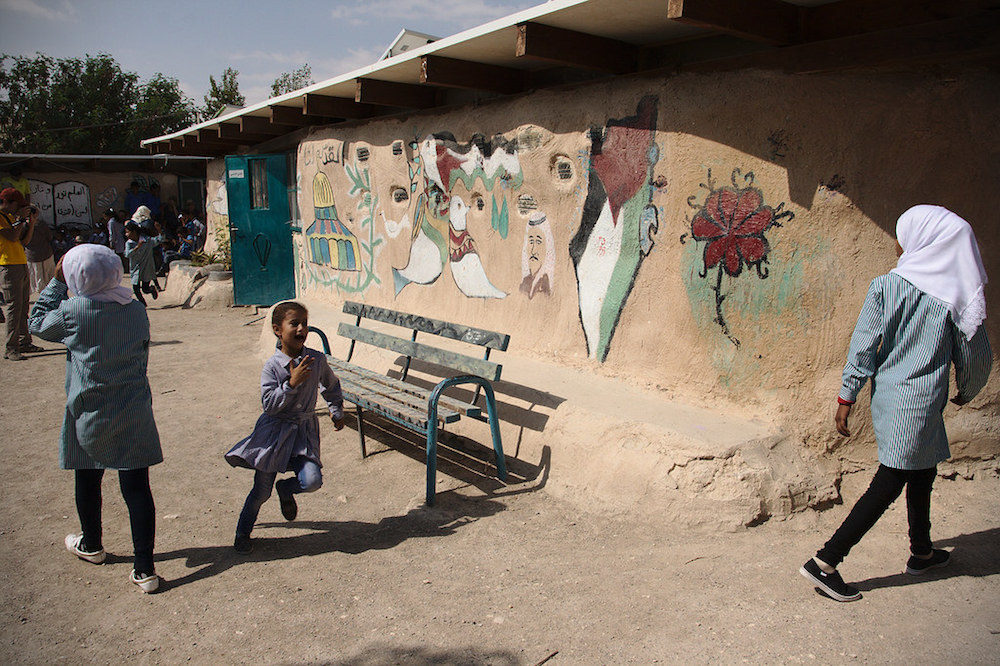 Razing one of the Palestinian buildings in the West Bank village of Dar Salah, between annexed East Jerusalem and the West Bank.Credit...Ahmad Gharabli/Agence France-Presse — Getty Images

The Office of Prime Minister Mohammad Shtayyeh has called on international human rights and humanitarian organizations to intervene and stop the Israeli demolition of Ras al-Tin school, affiliated with the Palestinian Ministry of Education and located east of Ramallah, following the Israeli Civil Administration's cancelation of a judicial order protecting the school.

The school's demolition targets the donor countries' efforts to build Palestinian institutions and provide infrastructure to serve the Palestinian society, said the Prime Minister's Office in a statement. The school's construction was co-financed by France, Finland, Italy, Luxembourg, Ireland, Spain, the United Kingdom, and Sweden.

The school serves 50 students from grades one through six in Ras al-Tin Bedouin community. The community is home to 35 families, who live on a private land rented from Palestinian families in the nearby villages of Kafr Malik and al-Mughayyer villages.

During the past two months, the school faced two confiscations by the Israeli Civil Administration, an arm of the military government, targeting construction material and other tools. A demolition order was also issued against the school while under construction. A petition was submitted to appeal the demolition order, and a temporary injunction preventing the execution of the demolition was granted up to Wednesday, 7 October.

Due to Israeli orders issued against the school, the school year began weeks ago despite the lack of doors, windows, toilet rooms, water, and electricity.