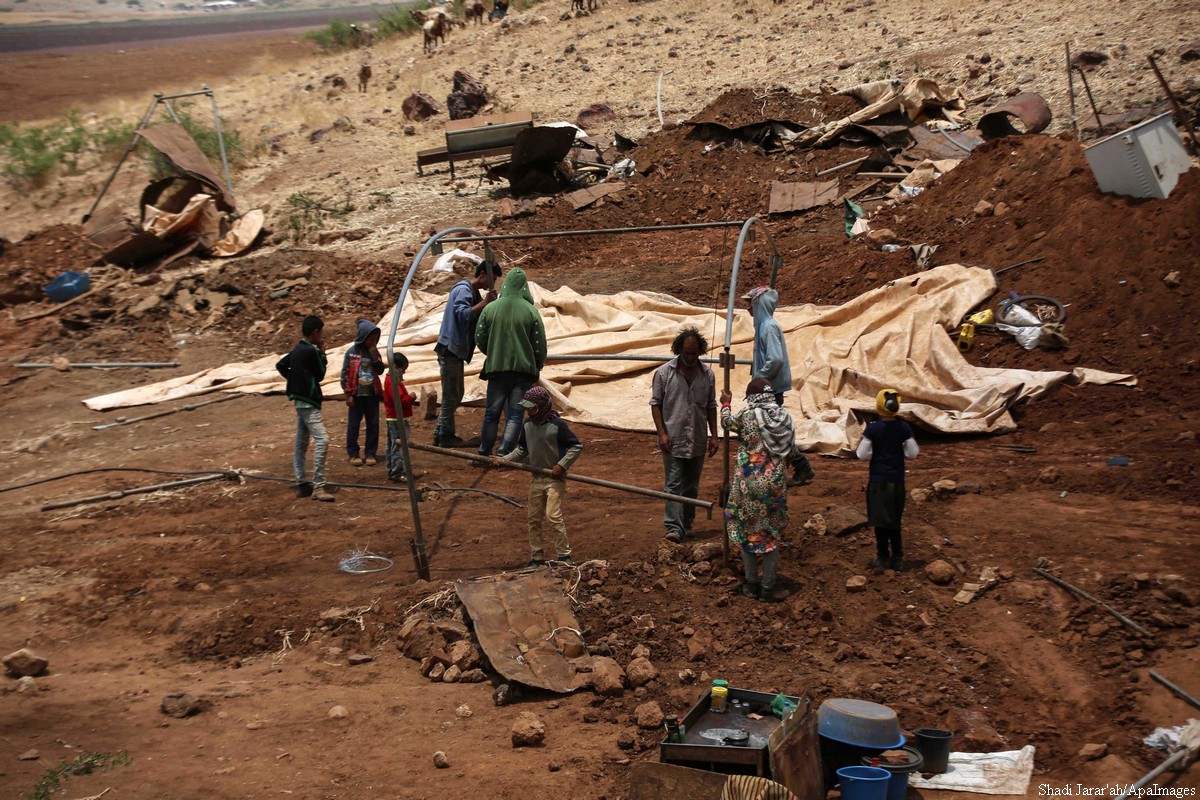 Israeli occupation forces demolished on Monday a residential tent in Khirbet al-Farisiya in the northern Jordan Valley under the pretext that it was built without an Israeli permit, according to local sources.

Aref Daraghmeh, a local activist, told WAFA news agency that occupation soldiers raided an area in Khirbet al-Farisiya and tore down a tent belonging to a local Palestinian resident.

He said that the Israeli forces also seized a vehicle and a generator owned by the same person.

The Jordan Valley, which is a fertile strip of land running west along the Jordan River, is home to about 65,000 Palestinians and makes up approximately 30% of the area of the occupied West Bank.

Israel has plans to annex the Jordan Valley, which is strongly opposed by the Palestinians and the entire international community.