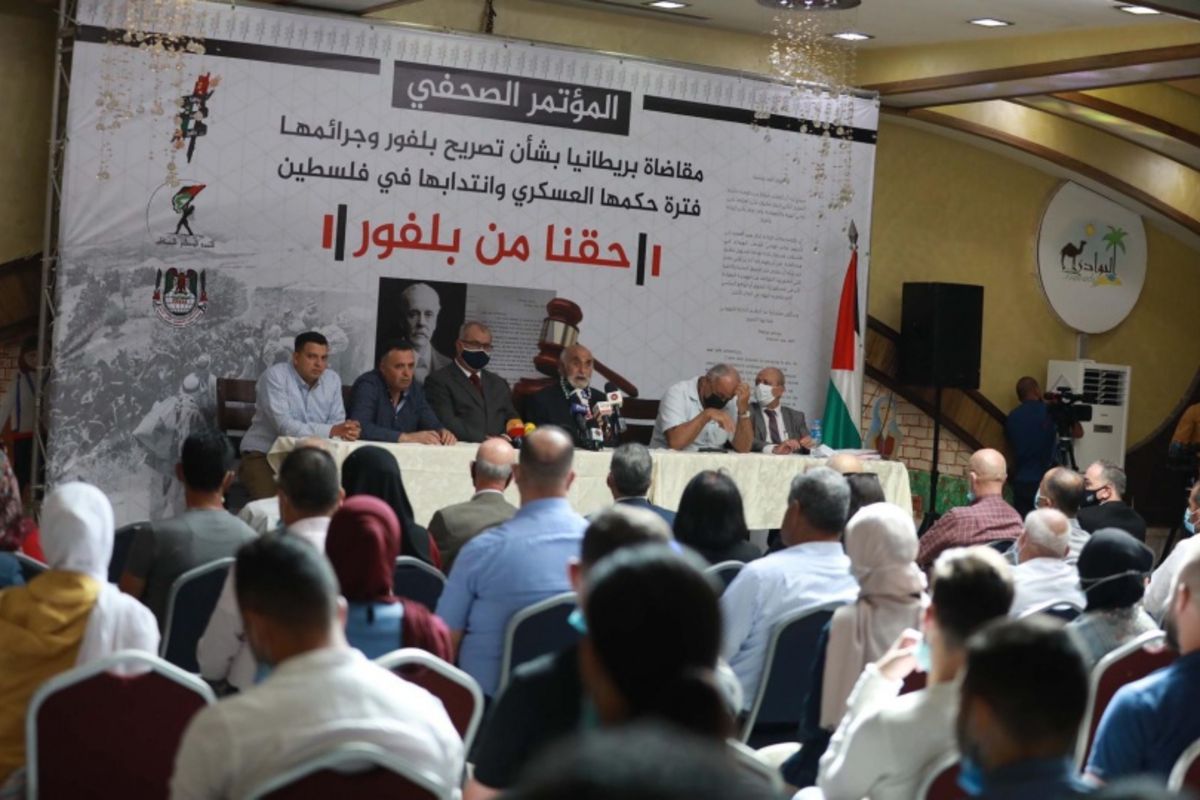 Palestinian lawyers filed a complaint to sue the British government for the 1917 declaration.

Palestinian lawyers filed a complaint to sue the British government for the 1917 declaration setting out London’s support for a national home for the Jewish people in Palestine.

The lawyers filed a complaint in the West Bank town of Nablus, saying “the suffering of the Palestinians” stemmed from the Balfour pledge.

The Balfour Declaration, signed by the then-British foreign secretary Arthur James Balfour, is seen as a precursor to Israel’s creation in 1948.

“The British mandate is at the root of the suffering of the Palestinian people and has paved the way for the violation of their rights and the plunder of their land,” Munib al-Masri, head of the Federation of Independent and Democratic Trade Unions, told a news conference in Ramallah.

As well as the trade unions group, the complaint was filed on behalf of the International Commission to Support Palestinian People’s Rights and the Palestinian Journalists’ Syndicate.

The Balfour Declaration was published on November 2, 1917, a year before the end of World War I.

In one sentence it announced the British government’s backing for the establishment within Palestine, then a region of the Ottoman Empire, of “a national home for the Jewish people.”

The Palestinians have continuously condemned the declaration, which they refer to as the “Balfour promise,” saying Britain was giving away land it did not own.