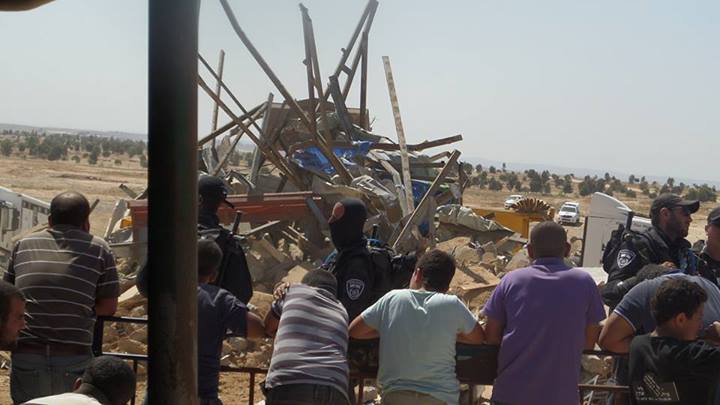 The Israeli authorities on Thursday demolished the Palestinian Bedouin village of Al-Araqib in the Naqab desert for the 179th time since the year 2000, Anadolu Agency reported.

The agency quoted a member of the Local Committee for the Defence of Al-Araqib, Aziz Al-Turi, as stating that this is the fourth time the village, which is inhabited by 22 families, has been demolished since the outbreak of the coronavirus pandemic.

Al-Turi added that Israeli police had arrested his son Saeed during the demolition process, but later released him with the intervention of lawyers.

Al-Turi stressed that the villagers: “Will rebuild their village, despite the repeated demolitions.”