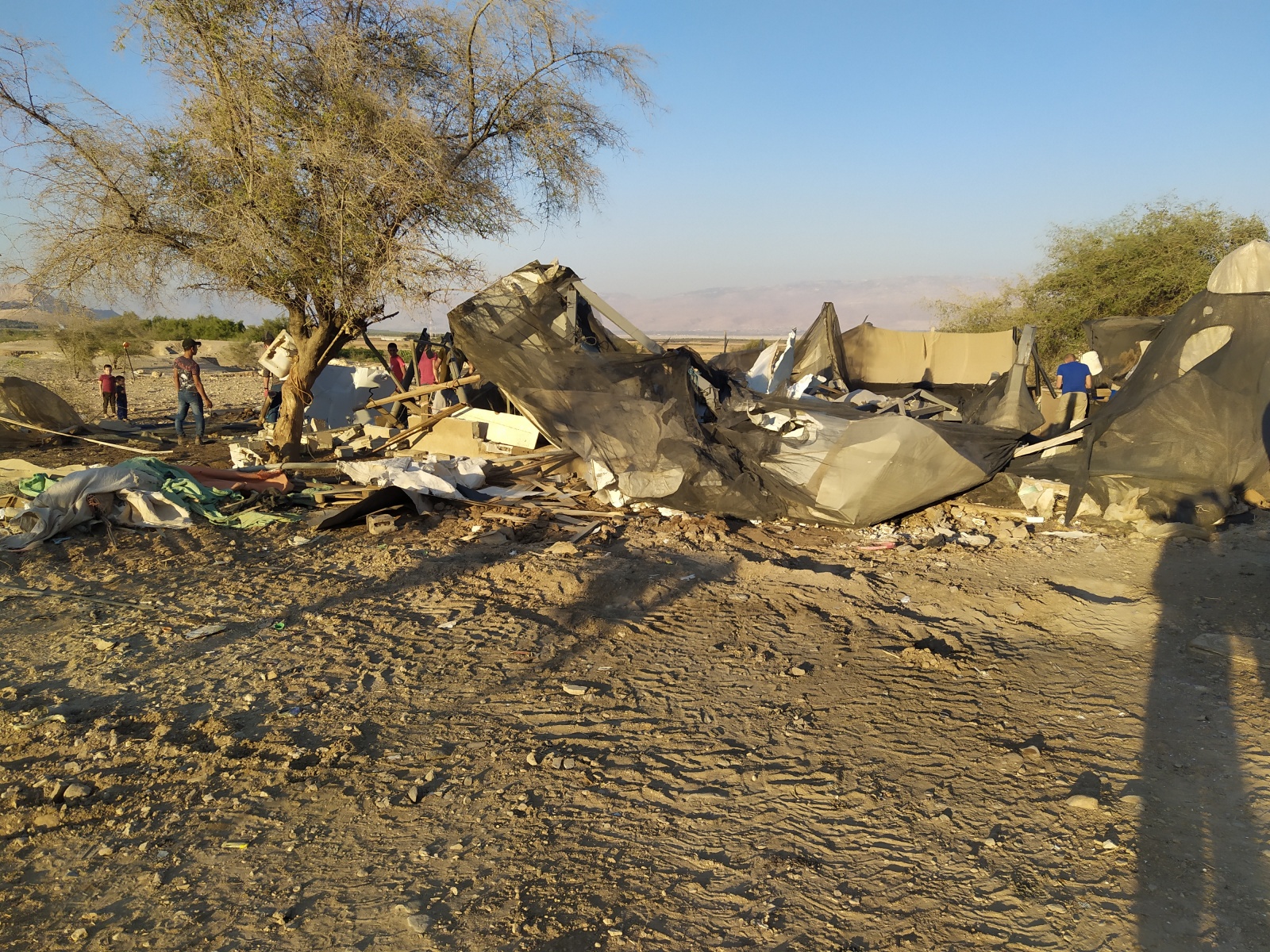 During the second half of 2020, Al-Haq rights organization noted a significant high rate of property demolitions by the Israeli Occupying Forces (IOF) in the occupied Palestinian territory (OPT).

Al-Haq said that while the monthly average of demolished Palestinian homes and properties by the Israeli authorities was 31 during the first six months of the year, the past three months – July, August and September, witnessed an average of 59 demolitions each.

In total, 186 Palestinian properties were demolished in the OPT during the first half of the year and another 177 properties during the period July, August, and September. That during the past three months, 62 out of the 177 demolitions happened in the occupied governorate of Jerusalem.

In 2018 and 2019, the monthly averages of demolished Palestinian properties were about 22 and 30 respectively. The accelerating rate of demolitions witnessed by Al-Haq this year comes in light of Israel’s continued disregard of its obligations under international law, and its continuing plans to expand colonization through de jure annexation of more Palestinian land, all perpetrated against the backdrop of the continued failure of the international community to hold Israel accountable for its crimes, including the war crime of extensive destruction of property not justified by military necessity.

According to Al-Haq, Israel uses many pretexts to justify its demolition policy, including the pretext of building having been constructed without a permit. However, as the Occupying Power, Israel is prohibited from demolishing the property of the protected Palestinian people unless strictly justified by military necessity. The extensive destruction of property carried out by Israel without military necessity constitutes a grave breach of the Fourth Geneva Convention and may constitute a war crime.

Moreover, this policy of unlawfully demolishing Palestinian buildings and structures, taken alongside many other similarly unlawful policies and actions, reveal Israel’s intention to forcibly transfer Palestinian communities from their homes. Settlement construction and expansion, exploitation of natural resources, restricting movement and access, the application of a discriminatory planning policy, and the virtual impossibility of obtaining building permits create a coercive environment for Palestinians, which amounts to direct and indirect forcible transfer, prohibited under the Fourth Geneva Convention and which may constitute a war crime and a crime against humanity.

Moreover, having their properties demolished and destroyed, the Palestinian people are deprived of their right to develop their resources, and are ultimately denied from exercising their right to self-determination.

Al-Haq also said that the testimonies it collected illustrate the involvement and complicity of business enterprises in Israel’s unlawful demolition policy. Whereas businesses are required to respect international humanitarian law standards, and to conduct an enhanced human rights due diligence process to avoid causing or contributing to gross human rights violations through their own activities in conflict-affected areas, corporations such as Volvo, Caterpillar, Hyundai, and Hidromek  have been selling their equipment in the knowledge that they would be used to unlawfully demolish Palestinian property, and may therefore be complicit in war crimes directly perpetrated by Israeli forces.