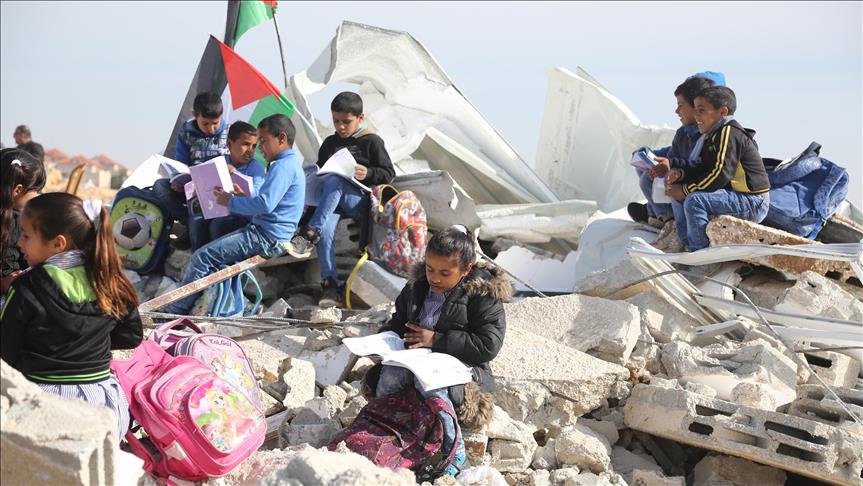 Palestinian schoolchildren are seen as they continue to study on the debris of their school building after Israeli forces demolished the classrooms, Jerusalem, February 04, 2018. ( Issam Rimawi - Anadolu Agency )

Israeli military bulldozers demolished on Tuesday a Palestinian nursery at the entrance of al-Samou town, in the south of the occupied West Bank, according to a local source.

Al-Samou deputy mayor, Haroun Abu Karsh, was quoted by Palestinian news agency WAFA as stating that Israeli forces escorted a bulldozer to the entrance of the town, where they demolished a nursery purportedly for being close to the nearby bypass road heavily used by Israeli settlers.

The nursery covers an area of 60 square meters. Its owner has obtained a building license from the Palestinian Agriculture Ministry.