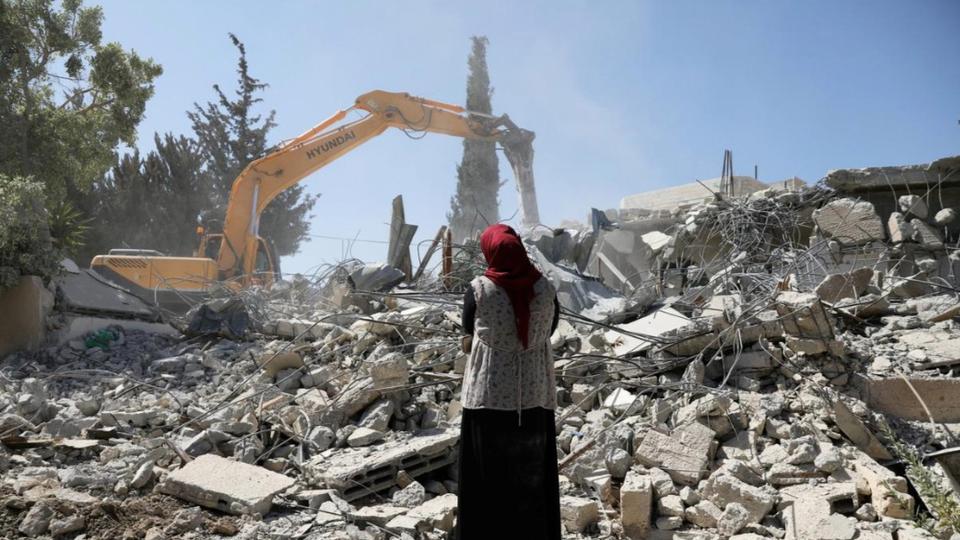 A woman stands on the ruins of her house, after it was demolished by Israeli authorities in the East Jerusalem neighborhood of Beit Hanina, July 19, 2018. (Photo: Reuters)

Three Palestinian families in the town of al-Khader, south of the southern West Bank city of Bethlehem, received on Monday stop construction orders from the Israeli military government, according to a local activist

Activist Ahmad Salah told WAFA news agency that the Israeli army claimed the homes, each one floor, were being built without a construction permit.

One of the three homes was demolished five times in the last few years, said Salah, as Israel tries to prevent Palestinian construction in that part of the occupied West Bank.