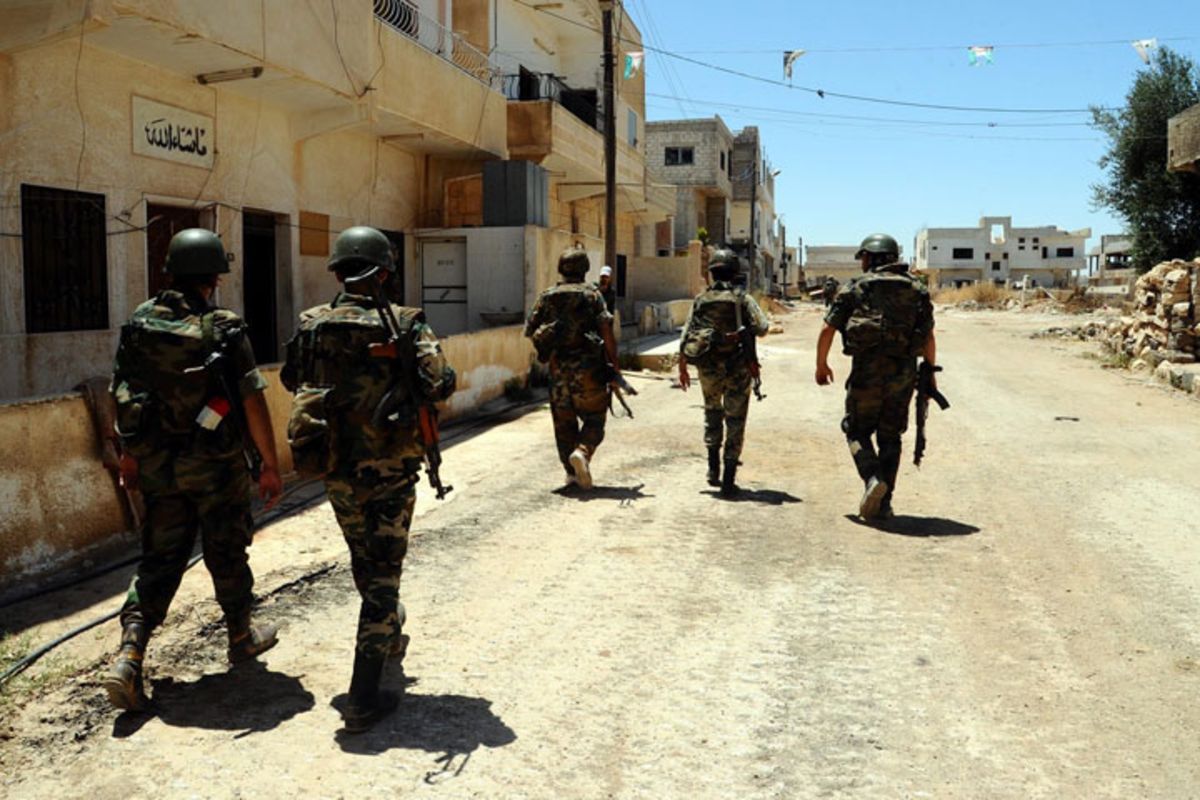 Reports and testimonies collected by a London-based human rights monitor have revealed that armed groups affiliated with the Syrian regime have grabbed hold of Palestinian refugees’ houses in Khan Eshieh camp.

Speaking on condition of anonymity, sources from Khan Eshieh camp told the Action Group for Palestinians of Syria (AGPS) that pro-government groups in Syria put marks on the houses of families who have been forcibly displaced from the area to displacement camps in northern Syria, pending the takeover of the targeted buildings.

Security forces from the Saa’saa Branch have held sway over more than 10 civilian houses after they threatened to send whoever objects to the move to prison over terror allegations, the source added.

Living conditions in Khan Eshieh have sharply deteriorated due to the lack of financial resources and high unemployment rates wrought by the raging warfare. A transportation crisis has added bad to worse.

Survival for the majority of Palestinian families in war-stricken Syria has largely hinged on relief assistance. The vast majority of families have been living below the poverty line.

Short Link : http://bit.ly/326fZDx
Tags
Next News
On Its 103rd Anniversary… Balfour Pledge Serves as Reminder of Achievements of PRC’s “Apology Campaign”
Previous News
Despite Its Acknowledgement of Violation of Palestinian Rights…PRC Continues to Urge Britain to Apologize over Notorious Balfour Declaration
Most Views
Related Posts