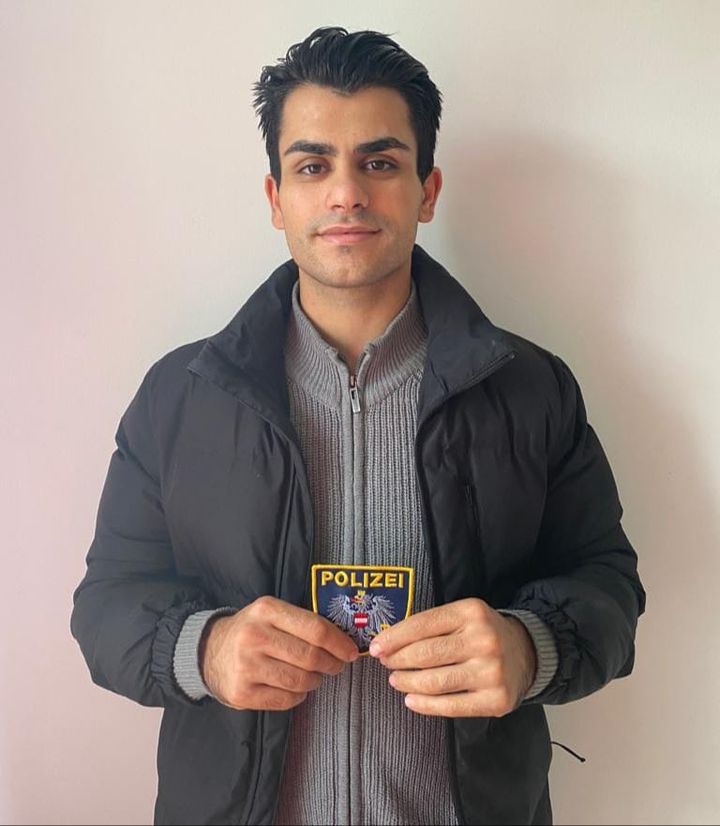 Vienna police gave the Palestinian young man Osama Khaled Jouda a golden badge for his courage during the Vienna terrorist attack on Monday, as he saved the life of an Austrian policeman, Quds News Network reported.

On his Facebook account, Khaled Jouda, the father of Osama, published a photo of his son holding the badge. “May God protect you my son, and thanks to Austria”, the father posted.

The post was well received by Facebook users, especially Arab migrants in Austria and Europe. Several people thanked Jouda for his courage, stressing that he is an example of Arab young men while the terrorists only represent themselves.

Austrian-Arab MP Omar Al Rawi wrote: “Last year, I published news about a Palestinian family, which was prevented by the mayor to buy a house in his city, claiming that he does not want a Muslim family in his city. The son of that family, the Palestinian young man Osama Jouda, was one of the heroes last night. He saved the life of a wounded policeman at the place of the crime, putting his own life in danger. Those are the young men that make us proud, not those who have been fed with terrorist extremist beliefs. May God help and protect you Osama.”

A terrorist had rampaged through a crowded Vienna nightlife district hours ahead of a coronavirus lockdown last night, leaving five people dead and wounding 17 others before being killed by police.