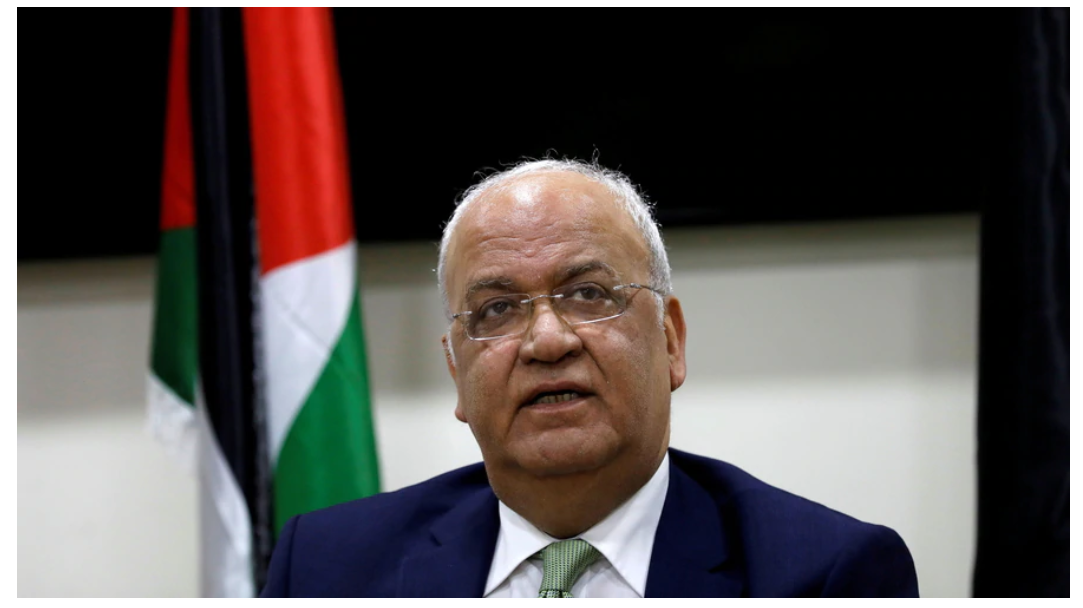 Chief Palestinian negotiator Saeb Erekat looks on during a news conference following his meeting with foreign diplomats in Ramallah, in the Israeli-occupied West Bank. (File photo via social media)

The Palestinian Return Centre (PRC) has been deeply saddened by the death of chief Palestinian negotiator Saeb Erekat, who succumbed to coronavirus on Tuesday.

Saeb Erekat, the veteran Palestinian peace negotiator and one of the most high-profile figures in its leadership since the early 1990s, has died after contracting coronavirus.

Erekat, a lawmaker from Jericho in the occupied West Bank, was a senior adviser to the Palestinian president, Mahmoud Abbas, and also worked for Abbas’s predecessor, Yasser Arafat. He served as the secretary-general of the Palestine Liberation Organization (PLO).

The 65-year-old underwent a lung transplant in the US in 2017 and had been in poor health since. On 8 October, he announced he had been diagnosed with Covid-19 and later said he was experiencing “difficult symptoms”.

After being transferred to Hadassah hospital in Jerusalem, doctors said his condition deteriorated to become critical, and he was placed on a ventilator. On Tuesday one of his senior aides announced that he had died.

During Erekat’s final years, Netanyahu, encouraged by Donald Trump, declared his intention to annex huge swaths of the West Bank, a move seen as the death blow to the two-state ideal.

After Trump recognised the contested city of Jerusalem as Israel’s capital in 2017, Erekat said the message was clear: “The two-state solution is over. Now is the time to transform the struggle for one state with equal rights for everyone living in historic Palestine.”