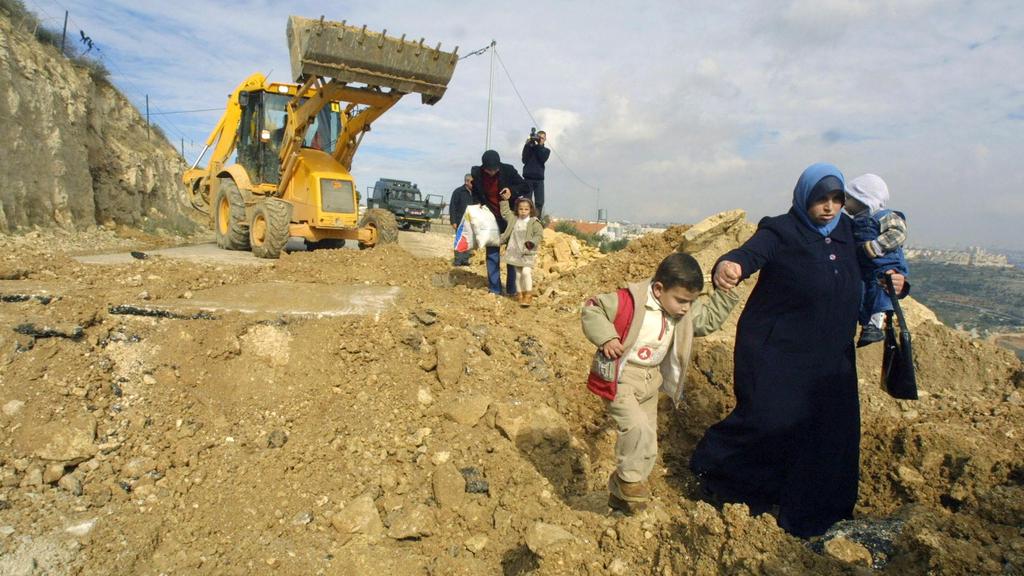 Palestinians walk along a demolished road by Israel leading to the village of Al Walaja in the West Bank. Musa Al Shaer / AFP

The Israeli occupation forces demolished on Thursday a Palestinian home, a retaining wall, and sheds in a West Bank village bordering occupied East Jerusalem on the Bethlehem side under the pretext of construction without a permit, according to a local official.

Khader Araj, head of al-Walaja village council, was quoted by WAFA news agency as stating that an army force and a bulldozer raided the northeastern part of the village and demolished a home and a retaining wall that were built on land owned by a local resident claiming the owner did not have a permit for their construction.

He said the forces also demolished a number of sheds owned by another resident that were recently rebuilt.

Israel has annexed most of al-Walaja village land and incorporated it into Jerusalem leaving its Palestinian residents almost without a place to live and grow.