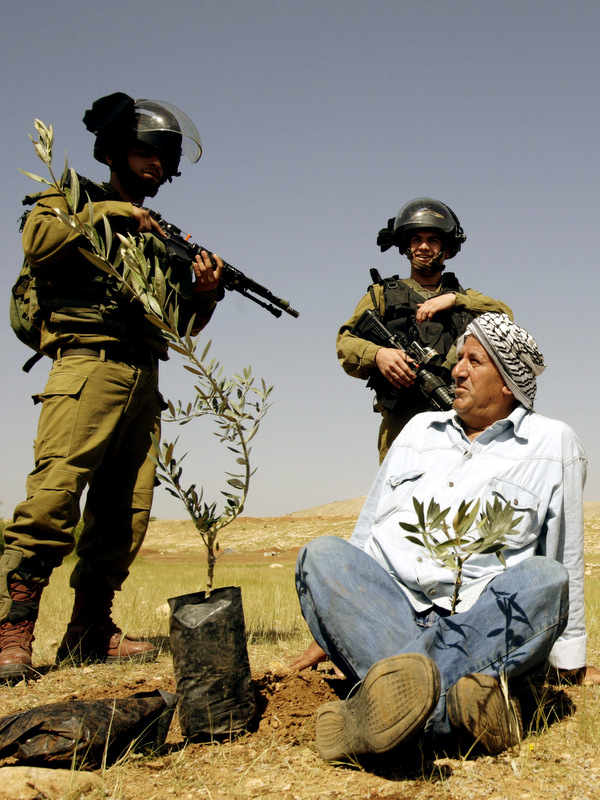 A Palestinian farmer looks at Israeli army soldiers after he planted an olive tree near the West Bank town of Tubas in the Jordan valley, during a protest against the closure of land to Palestinians by the army and Jewish settlers, April 8, 2014. (AP)

Israeli occupation soldiers earlier this week attacked an elderly Palestinian man after refusing orders to leave his land in Beit Ummar town, north of the southern West Bank city of Hebron (Al-Khalil), according to the Palestinian news agency WAFA.

Mohammad Awad, a local activist, told WAFA that Muhammad Salibi, 77, was harvesting his olive trees in his land near the illegal Jewish settlement of Beit Ain, built on Beit Ummar land, when soldiers ordered him to leave the area.

When Salibi refused to heed their orders and proceeded to harvest the olives, the soldiers assaulted him with their guns and forced him to leave his land.