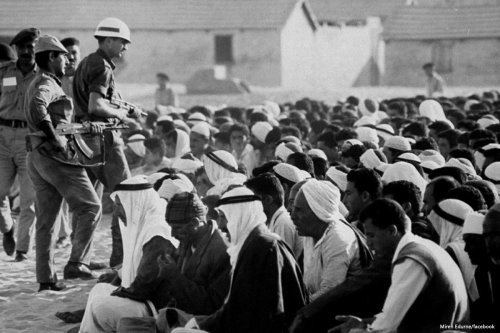 53 years ago, Israel launched a war against its neighbours and took control of the parts of Palestine which it had failed to capture during its 1948 War. (File photo via MEMO)

This week marks the 53rd anniversary of Resolution 242 issued by the United Nations Security Council in an attempt to find a just and lasting solution to the Palestinian plight and end Israel’s occupation of territories seized in 1967.

The United Nations Security Council adopted Resolution 242 on November 22, 1967, calling for the “withdrawal of Israeli armed forces from territories occupied in the recent conflict”. It emphasised “the inadmissibility of the acquisition of territory by war and the need to work for a just and lasting peace in the Middle East in which every State in the area can live in security”.

While all parties ultimately accepted the resolution, it took two decades for the Palestine Liberation Organization (PLO) to do so. The PLO criticised the resolution for viewing Palestinians only as refugees, and not as a people with national rights.

Back in 1967, in a war with Egypt, Jordan and Syria, known as the 1967 War, or the June War, Israel delivered what came to be known as the “Naksa”, meaning setback or defeat, to the armies of the neighbouring Arab countries, and to the Palestinians who lost all what remained of their homeland.

The Naksa was a continuation of a prior central event that paved the way for the 1967 war. Nineteen years earlier, in 1948, the state of Israel came into being in a violent process that entailed the ethnic cleansing of Palestine.

Zionist forces, in their mission to create a “Jewish state”, expelled some 750,000 Palestinians from their homeland and destroyed their villages in the process. Shortly after Israel declared statehood, units of the neighbouring Arab country armies came in to fight for the Palestinian nation.

The 1948 war ended with Israeli forces controlling approximately 78 percent of historical Palestine. The remaining 22 percent fell under the administration of Egypt and Jordan.

In 1967, Israel absorbed the whole of historical Palestine, as well as additional territory from Egypt and Syria. By the end of the war, Israel had expelled another 300,000 Palestinians from their homes, including 130,000 who were displaced in 1948, and gained territory that was three and a half times its size.

According to the Palestinians, UN Resolution 242 lays the cornerstone for Israeli policy to call for its legitimacy without actually moving forward towards a just peace.

Instead of imposing any real consequences on acts of war and violent land annexation, the Palestinians argue, the resolution merely stands as a futile effort to insinuate that the UN has principles.

Others view the resolution as an attempt to garner support from the Arab states to agree to Israel’s legitimacy, despite its colonial strategies, instead of conjuring genuine agreements of peace, justice and dignity.