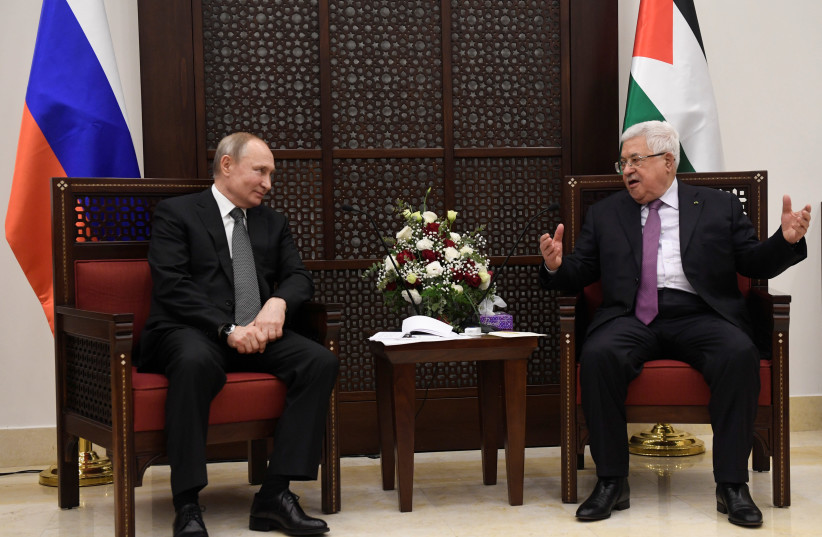 Russian President Vladimir Putin has affirmed his country’s solidarity with the Palestinian people and their legitimate struggle for justice, freedom, and independence.

In a telegram sent to his Palestinian counterpart Mahmoud Abbas on the occasion of the International Day of Solidarity with the Palestinian people, Putin emphasized that his country has been committed to defending the legitimate right of the Palestinian people to establish an independent and viable state of their own, living side by side with its neighbors.

He affirmed his country’s commitment to consolidating friendly relations with the State of Palestine and to maintain constructive bilateral cooperation in various fields.

"We are ready to continue to provide assistance to our Palestinian partners in resolving urgent issues of socio-economic development and confronting the coronavirus pandemic," he said.

November 29 marks the International Day of Solidarity with the Palestinian People, which was first called for by the United Nations General Assembly in 1977 as a reminder to the international community of the Palestinian struggle for self-determination, independence and the right of return. It also marks the day in 1947 when the UN General Assembly adopted a resolution partitioning Palestine into an Arab State and a Jewish State.

This year, the annual observance comes amidst an alarming situation exacerbated not only by the COVID-19 pandemic, but also by Israel’s simmering war crimes and escalating policy of mass collective punishment, mass demolitions, and ethnic cleansing.

Palestinians living in the Gaza Strip and West Bank, including East Jerusalem, continue to live under a 52-year long Israeli military occupation and its violent settler-colonial practices that include: home demolitions, house evictions, residency revocations, settlement expansion, child arrests, arbitrary detentions, torture and denial of freedom of movement, amongst other issues.