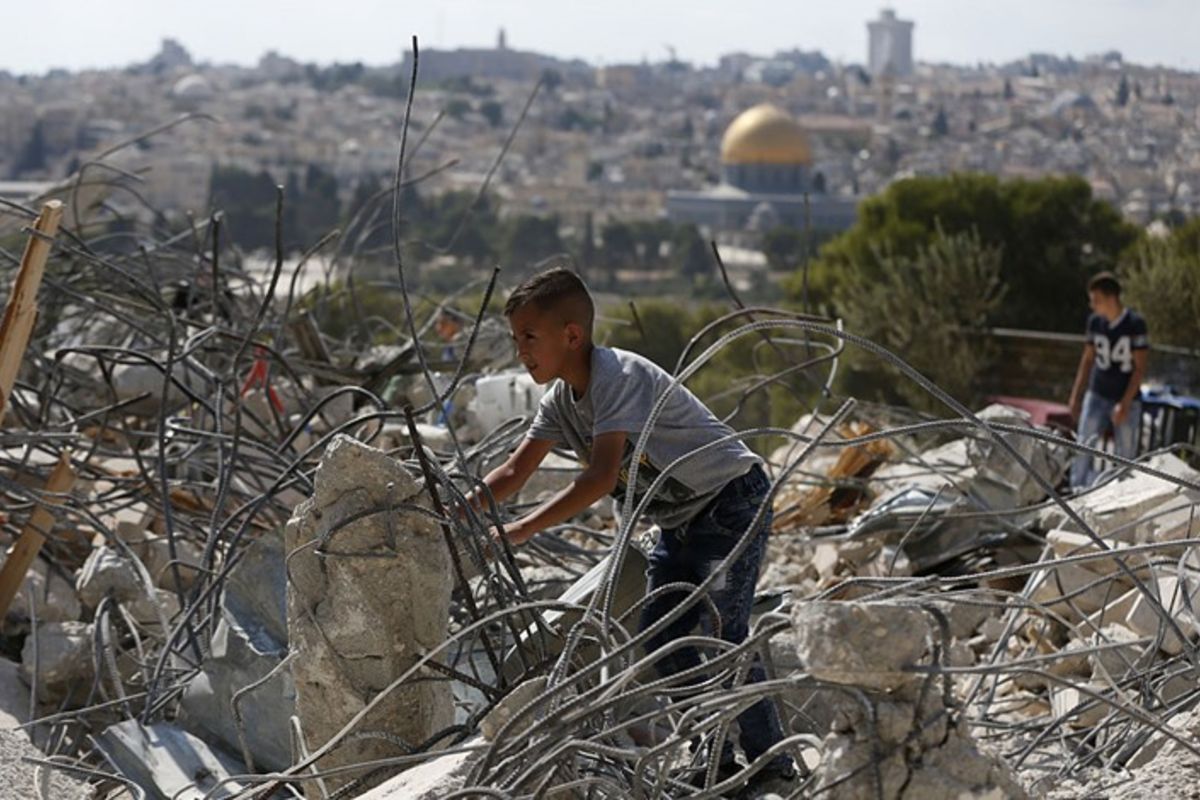 Palestinians are forced to demolish their own homes to avoid paying exorbitant costs if the Israeli municipality carries out the demolition. (File photo)

Israeli occupation authorities on Tuesday forced a Palestinian to demolish his own house in the Jerusalem neighborhood of Jabal al-Mukabber, under the pretext of unlicensed building.

Khalid Abu Tayeh, an activist, told WAFA news agency that Fawaz Abdo embarked on tearing down his own 100-square-meter house late Monday evening in the neighborhood to avoid paying exorbitant costs if the Jerusalem municipality carries out the demolition on its own.

Abdo said that the demolition of his house, which he built over five years ago, resulted in the displacement of his family composed of six members.

Wadi Hilweh Information Center, a Silwan-based media center, reported Abdo noting that he had no option but to carry out the demolition after the Israeli municipality rejected his attempt to freeze the demolition order.