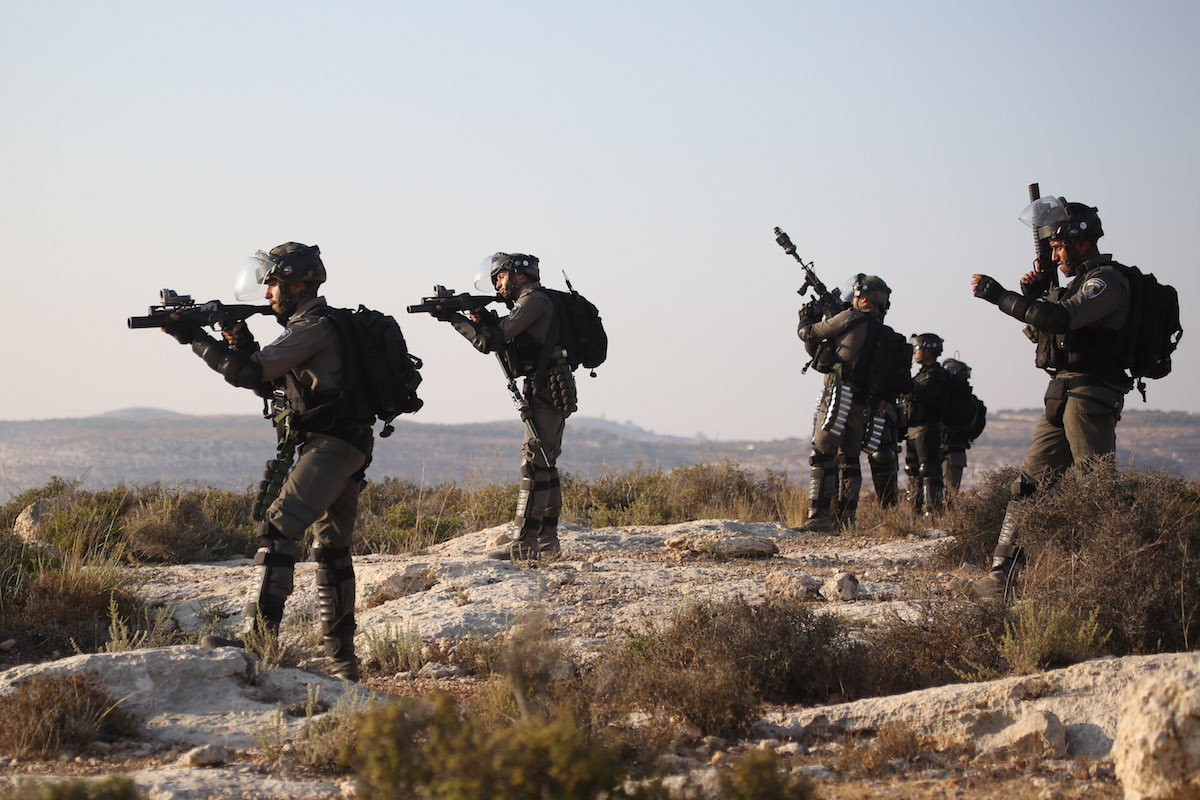 Israeli forces point their guns at Palestinians during a protest against Israeli settlement construction on Palestinians' fields, in the village of Ras Karkar near Ramallah, on 4 September, 2018. (Photo:Anadolu Agency)

Israeli occupation authorities notified Palestinian landowners of their intent to seize large tracts of their land, south of the northern West Bank city of Nablus, according to a local activist.

Ghassan Daghlas, who monitors colonial settlement activities in the northern West Bank, was quoted by WAFA news agency as saying that Israeli forces handed notices to seize hundreds of dunums of land belonging to the villagers of Burin, Madama, and Asira al-Qibliya, south of Nablus, in order to expand the colonial settlement of Yitzhar and construct a new bypass road.

He added that the Israeli occupation authorities are dealing with Yitzhar, notorious for its hardcore religious community, as a town, and, as such, are reclassifying land surrounding it from agricultural to built-up area in order to expand the settlement.