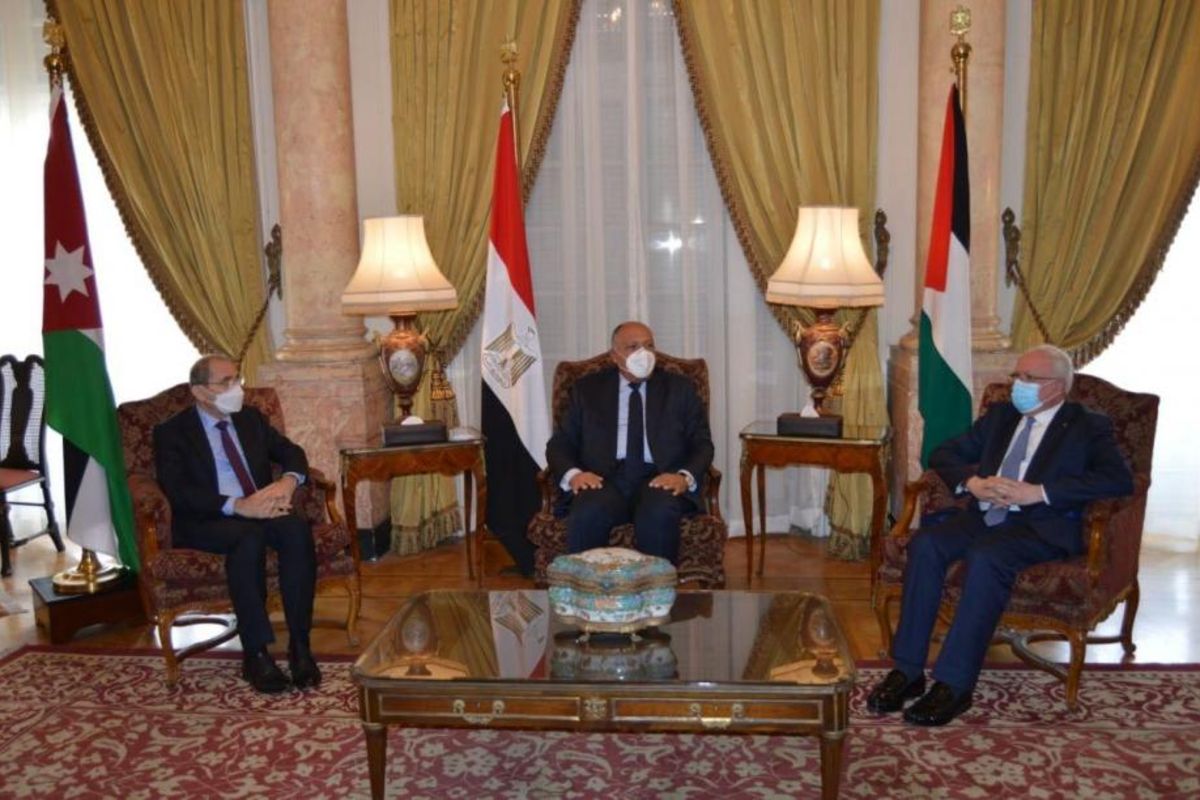 The foreign ministers of Egypt, Jordan and the Palestinian Authority met in Cairo Saturday. (Photo via social media)

The foreign ministers of Egypt, Jordan and the Palestinian Authority met in Cairo Saturday, reaffirming their commitment to support the Palestine refugee agency.

After the meeting, Shoukry and Safadi told reporters that the PA, Egypt and Jordan were focusing their efforts on breaking the current stalemate and rallying worldwide support for solving the Palestinian issue.

“The overriding goal that we seek is to reach a just solution to the Palestinian issue in accordance with international decisions,” Egyptian FM Sameh Shoukri said in a statement at the meeting.

Discussing developments in the region, the three agreed to seek cooperation with the incoming US administration in finding regional solutions. They said they hoped US President-elect Joe Biden would change course from the policies of outgoing President Donald Trump, under whose watch American-Palestinian relations reached a nadir.

Malki said that “the signals we’ve received from President-elect Biden regarding the Palestinian issue are a message confirming his commitment to all the agreements signed between us.”

“We are ready to cooperate with the new American administration, and we expect it to reformulate its relationship with the state of Palestine,” he said.

He called on the international community to pressure Israel to halt settlement expansion and adhere to previous agreements.

Safadi said the Palestinian issue remained “the first central issue for the Arabs,” adding that “peace is a strategic choice” for the sides.

He warned that Israel’s settlement expansion policies “undermine efforts for a comprehensive solution, amid the stalemate in the negotiation process.”

The three ministers said that international resolutions, including United Nations Security Council Resolution 2334, as well as the Arab Peace Initiative, should serve as a basis for the resumption of talks.

Adopted by the Security Council in December 2016, Resolution 2334 expresses “grave concern that continuing Israeli settlement activities are dangerously imperiling the viability of the two-state solution based on the 1967 lines.”