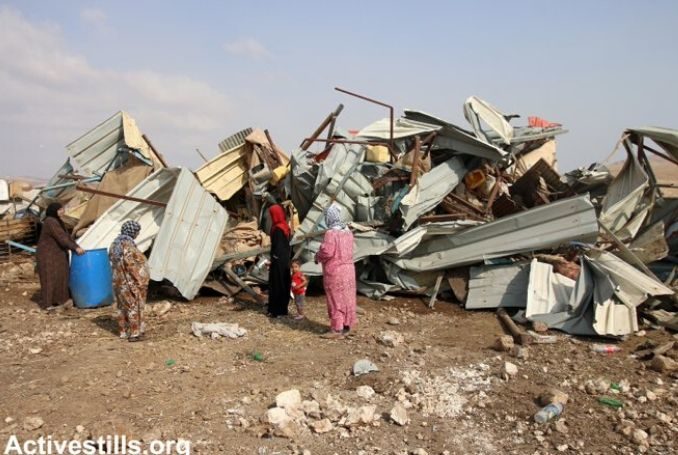 Israeli occupation forces demolished on Tuesday Palestinian structures east of the town of Yatta, in the south of the occupied West Bank, and clashed with local residents who confronted the demolitions, according to a local activist.

Rateb al-Jabour was quoted by WAFA news agency as stating that the Israeli soldiers demolished a house and two 300-square-meter depots owned by a local resident and located near the illegal settlements of Susiya and Avigal.

Residents clashed with the soldiers, who fired steel bullets, stun grenades and teargas canisters at the youths who gathered to prevent the demolition, resulting in many getting suffocated due to inhaling teargas, while others were severely beaten and two were detained.

There are four other structures in the same area threatened with demolition.