About 13.7 Million Palestinians Live around the World at End of 2020 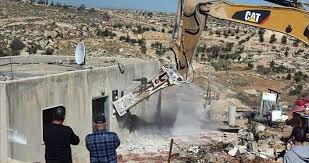 The projected number of Palestinians at the end of 2020 is estimated at 13.7 million. (File photo via social media)

The results showed that the number of employed persons who were absent from their jobs increased from 99,000 in the 3rd quarter 2019 to 117,000 in 3rd quarter 2020 by 18% The reasons for such absence are mainly related to COVID-19 pandemic and procedure followed to mitigate it spreads.

About 47% of breadwinners were absent from their jobs during the lockdown which extended from the 5th of March 2020 until the 25th of May 2020, taking into consideration a noticeable difference between regions by 54% in the West Bank and 32% in Gaza Strip.

The preventative measures taken by the government under COVID-19 pandemic led to the closure of the educational institutions during the lockdown period from March 5 to May 25. Accordingly, such closure led to changing the type of education during this period to be an online/remote education in order to catch up with students on their school studies.

However, the results of Impact of COVID-19 Pandemic on the Palestinian Households Socio-economic Conditions Survey, 2020, showed that 51% of households in the State of Palestine, with children between the ages of 6 and18 years, who were enrolled in education before the lockdown period, have participated in the remote educational activities during the lockdown (53.3% in the West Bank and 48.5% in Gaza Strip).

The results of the aforementioned survey also showed that the income of 42% of the Palestinian households declined to half and even more during the lockdown period compared to February 2020.

The monthly expenditures on food supplies declined for 41% of the households during the lockdown compared with February 2020 (42% in the West Bank and 40% in Gaza Strip). About 29% of households indicated that cash transfer programs are the most desirable measures and procedures the government should be taken in such times of crisis (29%). While job opportunity and employment program came as the second priority (21%). Whereas the third priority is food supplies parcels and procurement coupons (19%).