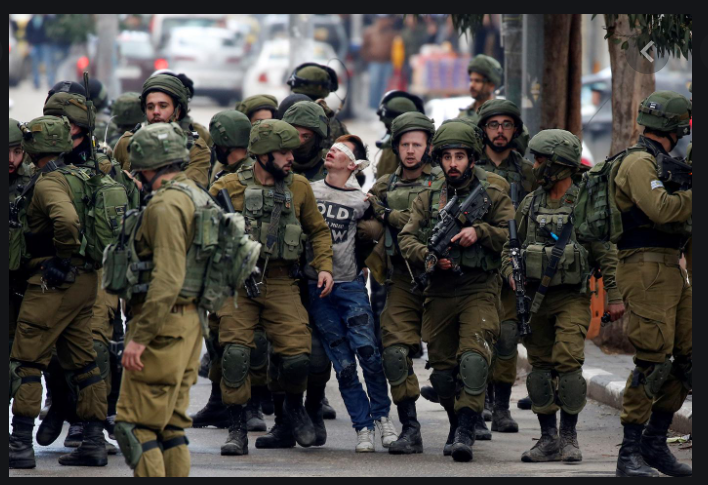 Israeli soldiers detain 16-year-old Fawzi al-Junaidi in Hebron amid protests in December over the US decision to recognize Jerusalem as the capital of Israel. © 2017 Wisam Hashlamoun/Getty

Despite the coronavirus pandemic and the unprecedented economic crisis, Israel has ramped up home demolitions in the occupied West Bank, including East Jerusalem, reported an Israeli human rights group.

In a report dating January 04, the Israeli Information Center for Human Rights in the Occupied Territories (B’Tselem) said that in 2020, more Palestinians lost their homes in this area than in every year since 2016 – which saw the most demolitions since B'Tselem began keeping record.

In 2020, Israel also demolished 456 non-residential structures and infrastructure facilities. This includes humanitarian infrastructure such as water cisterns and pipes or power grids, which are essential to maintaining health and sanitation, which are particularly important at this time.

According to B’Tselem, although Israel tries to justify the broad destruction as "law enforcement," the law has little to do with this policy. The planning system Israel itself created – run by the Civil Administration in the West Bank and the Jerusalem municipality in East Jerusalem – blocks Palestinian development and does not permit Palestinians to build homes. This system works primarily to demolish structures – instead of planning to reflect the population's present and future needs.

The report also said that over the course of 2020, Israeli forces killed 27 Palestinians, seven of them minors: one in the Gaza Strip, 23 in the West Bank (including East Jerusalem) and three inside Israel.

In 2020, B'Tselem's field researchers also documented 248 incidents of settler violence against Palestinians in the West Bank, including: 86 bodily assaults, in which 75 Palestinians were injured; 27 cases of stone-throwing at homes; 17 attacks on moving vehicles; 147 of the attacks were aimed at Palestinian farmers or their property, including 80 cases of damage to trees and crops owned by Palestinians, resulting in more than 3,000 trees vandalized. In 39 cases, the violent acts took place in the olive harvest season, which lasted this year from early October through late November.

Of these incidents, 72 took place in the presence of soldiers, police officers or DCO personnel, who did not intervene to stop the assault on the Palestinians or their property. In 28 cases, soldiers dispersed the Palestinian residents by firing tear gas, stun grenades and rubber-coated metal bullets, and in at least five cases, even live fire. Israeli authorities arrested at least 12 Palestinians during these altercations.

B’Tselem also said that these violent acts could not take place without the sweeping support provided by the state. While security forces back the perpetrators in real time, the law enforcement system releases them from accountability: in almost all cases, no investigation is launched, and no one is held accountable for causing harm to Palestinians. The rare investigations that are launched usually end with no further measures taken. In the even rarer instance of an indictment – the charges fall far short of reflecting the gravity of the acts, and the sentences are ludicrous.