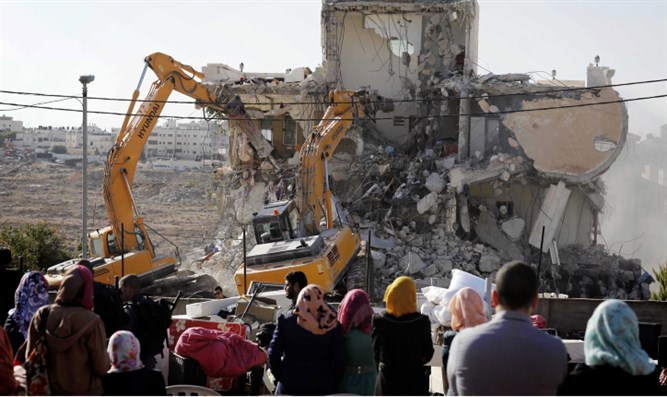 Israeli occupation forces ordered on Sunday the demolition of Palestinian-owned agricultural structures in the village of al-Khader, to the south of Bethlehem City, in the occupied West Bank, according to a local activist.

Ibrahim Sulaiman Salah, a local Palestinian villager, was informed by the Israeli occupation army that a shack of his own which he uses for stocking harvest will be demolished, under the pretext that it was built without an Israeli permit, Ahmad Salah, a local activist, told WAFA news agency.

In addition to the shack, the Israeli occupation forces ordered the demolition of a water retention well in the village, used by farmers for irrigation of crops.

The shack and retention well slated for demolition are built in a land classified as Area C, the more than 60 percent of the occupied West Bank where Israel retains military and civilian control.

Palestinians living in this area are frequently exposed to the danger of home demolitions by the occupation authorities under the pretext of lacking an Israeli permit.