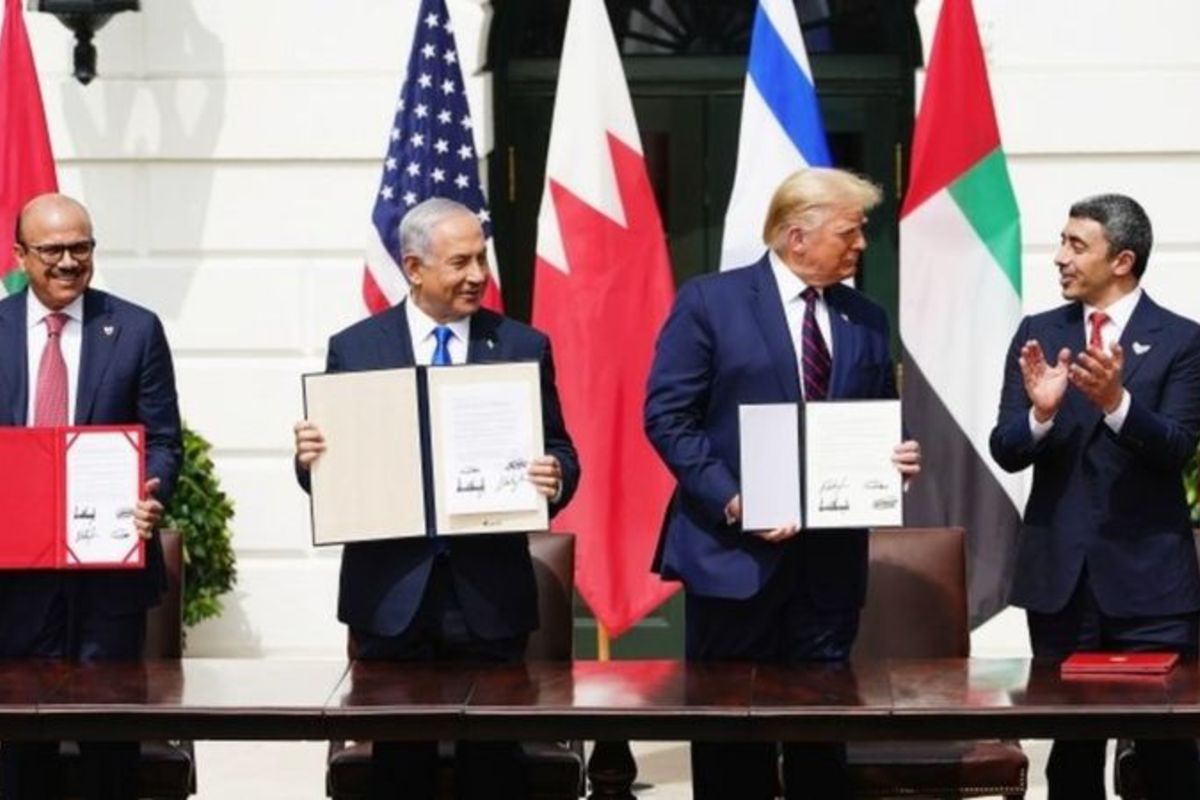 The United States-brokered normalization accord with the Zionist regime was heavily criticized by the Palestinians. (File photo)

The United Arab Emirates and Bahrain drastically reduced their funding to the United Nations agency for Palestinian refugees in 2020, the year they signed a United States-brokered normalization accord with the Zionist regime that was heavily criticized by the Palestinian Authority.

The UNRWA provides education, healthcare and other vital services to some 5.7 million registered Palestinian refugees across the Middle East, mainly descendants of the 700,000 Palestinians who fled or were driven out of the occupied territories during the 1948 war surrounding the creation of Israel.

The UAE donated $51.8m to UNRWA in 2018 and again in 2019, but in 2020 it gave the agency just $1m, agency spokesman Sami Mshasha said on Friday after the defunding drive was first reported by Israeli media.

"We really are hoping that in 2021 they will go back to the levels of the previous years,” he said.

The report added that Bahrain had also cut funds, but did not provide any figures. UNRWA confirmed the account.

The moves could be seen as an act of retaliation after the Palestinians condemned the two Persian Gulf regimes over their diplomatic ties with the Zionist regime, and accused them of treachery.

Palestinians, who seek an independent state in the occupied West Bank and Gaza, with Jerusalem as its capital view the deals as betrayal of their cause.

Back in September 2018, former U.S. president Donald Trump made the abrupt announcement that his administration would halt funding to the United Nations’ agency assisting Palestine refugees across the Middle East.