Palestinian Families Forced to Demolish Own Houses in Jerusalem 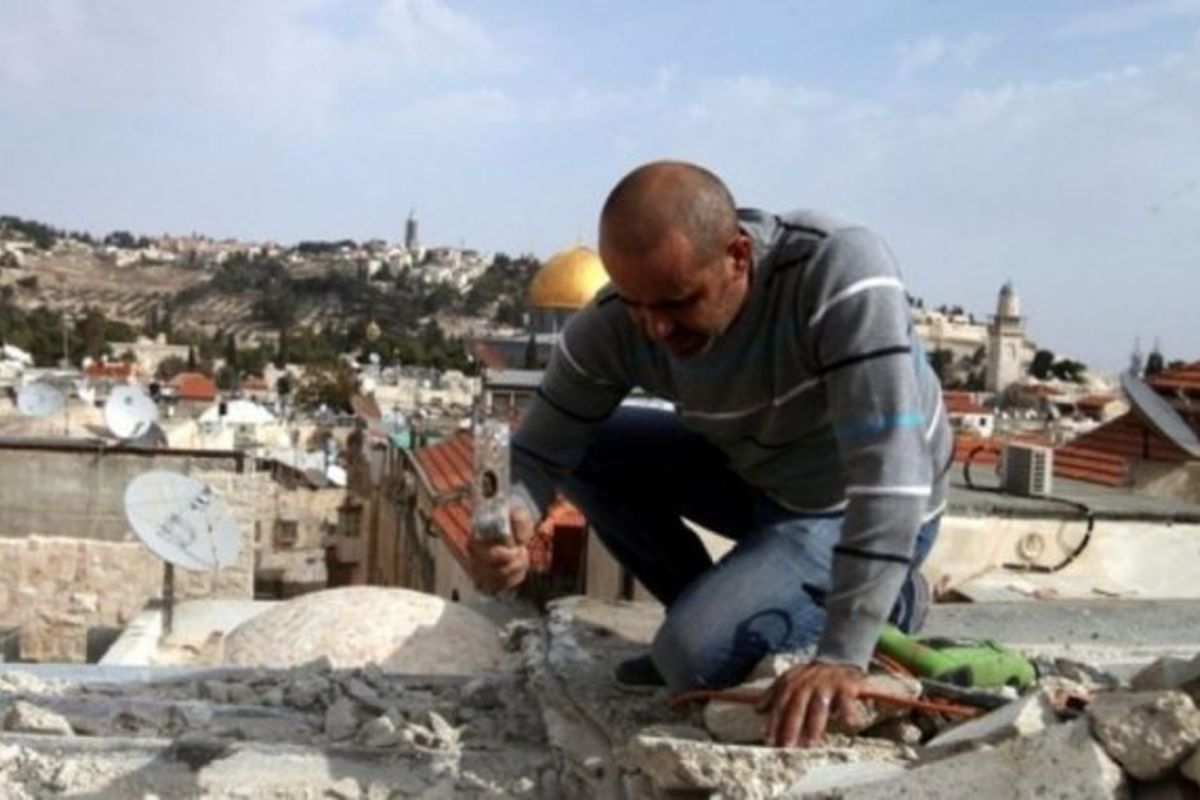 Almost 75 percent of applications for a construction permit by the Palestinian citizens of Jerusalem are rejected by the Israeli municipality. (File photo)

The Israeli West Jerusalem municipality forced on Monday two Palestinian families to self-demolish their houses under the pretext that they were built without a permit, according to a Palestinian group.

The East Jerusalem-based Wadi Hilweh Information Center said that the Israeli municipality issued demolition notices against structures, including houses, owned by three Palestinian families in Jerusalem, forcing them to carry out the demolition themselves to avoid paying exorbitant costs if the municipality demolishes them.

Jihad Awadallah, one of the owners of the structures, said that his family demolished its two-story building in Shufat neighborhood, which was built 20 years ago, according to Wafa news agency.

He pointed out that his family tried all these years to obtain a permit without success and that it has paid over $35,000 in fines.

Awadallah indicated that each apartment in the building was 120 square meters and that his brother used to live in one of them, but he was forced to move to a rented apartment after the demolition.

Meanwhile, the Israeli municipality forced Nimr Nimr to demolish an apartment owned by his son in Sur Baher, southeast of Jerusalem.

Nimr explained that the apartment, which covers 90 square meters, was built five years ago, and that construction works were almost finalized when the Israeli municipality issued a demolition notice and informed him that he should immediately demolish it or otherwise its staff will do so.

The Israeli municipality also forced Omar Siam to demolish an animal shed in Silwan neighborhood of East Jerusalem under the pretext that it was built without a permit.

Palestinians in Jerusalem say they are forced to build without a permit because getting a building permit is impossible as the right-wing mayor and city council attempt to keep the city's Palestinian population at a bare minimum while multiplying its settler community by approving the construction of thousands of new housing units in Jewish-only settlements.