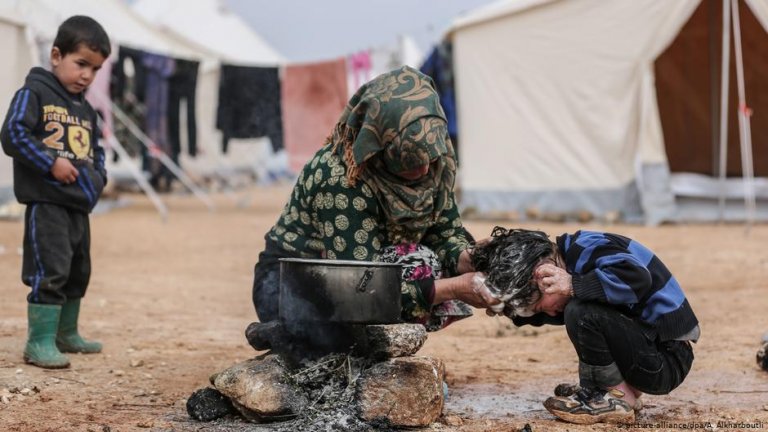 A woman washes the hair of a child in a displacement camp in Syria. (Photo: Picture-alliance/dpa)

UNRWA said in its fact-sheet that in Syria, the protracted conflict has devastated human security and left 91 per cent of the 438,000 Palestine refugees estimated to remain in the country in absolute poverty and 40 per cent displaced.

In 2020, living conditions deteriorated further as a result of an economic crisis, leading to an increase in prices, including of the most basic commodities.

Hundreds of Palestinian refugees from Syria (PRS) have lost their jobs in the warfare and hundreds more have been wondering in the streets as they rummage around for livelihoods to feed their starved families.

The crisis in Syria has been one of the gravest and most demanding emergencies faced in the modern era. The vast majority of PRS families are unable to meet their basic needs.

Due to the serious protection gaps, children have been forced to drop out of school and join armed groups to help feed their starving families. 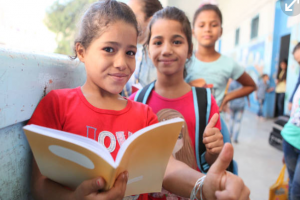