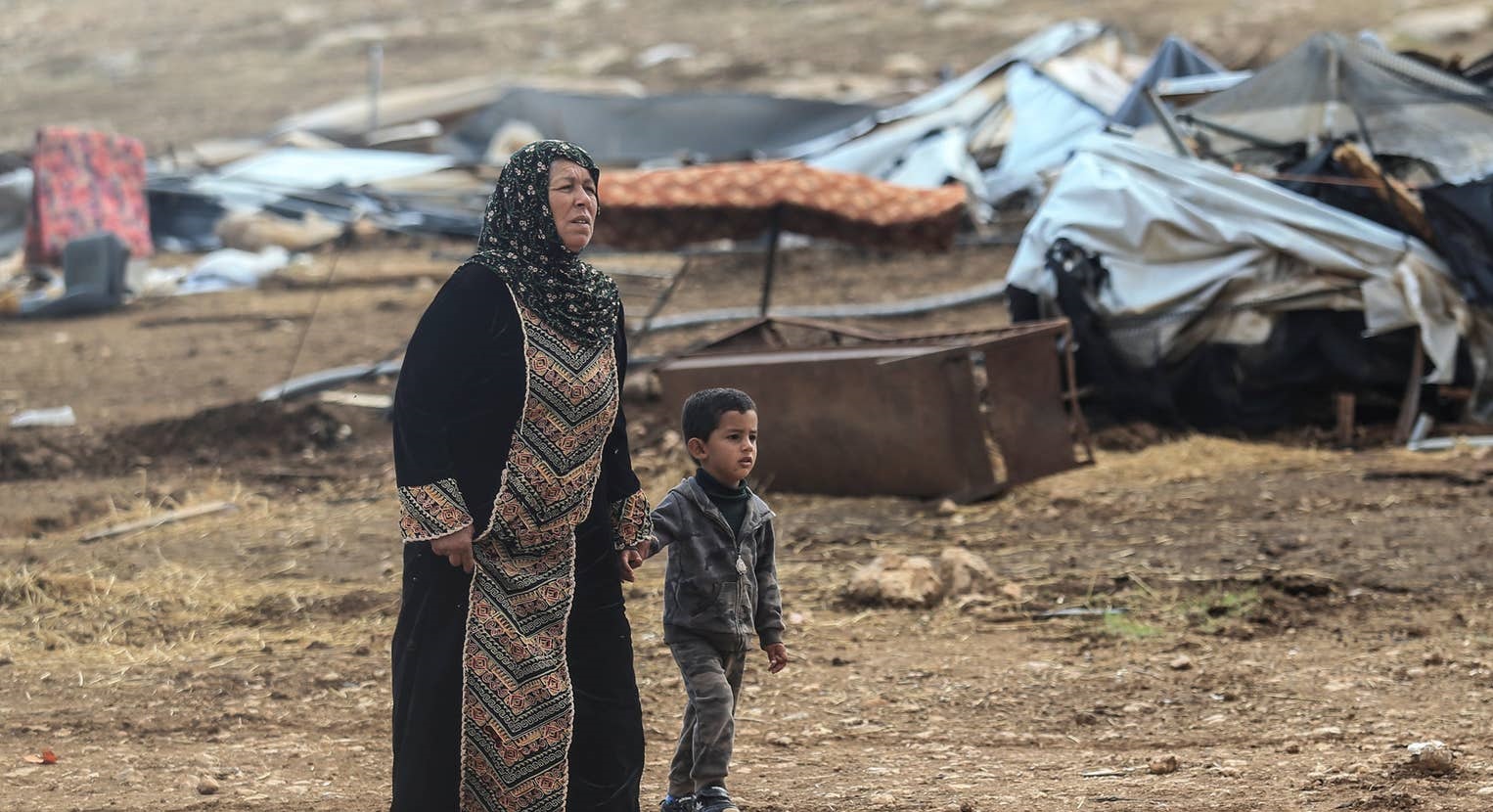 Palestinian residents of Khirbet Humsa after its demolition on November 4, 2020. (File photo via social media)

The United Nations and European members of the UN Security Council have called on the occupying state of Israel to halt demolitions of Bedouin communities in the Jordan Valley and ease humanitarian access to the community of Humsa Al-Baqaia.

In a joint statement at the end of a monthly session of the Security Council on the conflict in the Middle East, Estonia, France, Ireland, Norway and Britain said they were “deeply concerned at the recent repeated demolitions and confiscation of items, including of EU and donor-funded structures carried out by Israeli authorities at Humsa Al-Bqaia in the Jordan Valley.”

It said the concern was also focused on the 70 people or so living in the Bedouin community of Humsa Al-Baqaia, including 41 children.

“We reiterate our call on Israel to halt demolitions and confiscations,” the statement, read by Estonian Ambassador Sven Jürgenson, said. “We further call on Israel to allow full, sustained and unimpeded humanitarian access to the community in Humsa Al-Baqaia.”

The statement continued, "We recall our firm opposition to Israel's settlement policy and actions taken in that context, such as forced transfers, evictions, demolitions and confiscations of homes and humanitarian assets, which are illegal under international law, including the Fourth Geneva Convention, and are an impediment to a viable two-state solution."

Making up one third of the area of the occupied West Bank, the Jordan Valley is home to approximately 60,000 Palestinians, but nearly 90 percent of the land is part of the so-called Area C, the three-fifths of the West Bank that is under complete Israeli control.