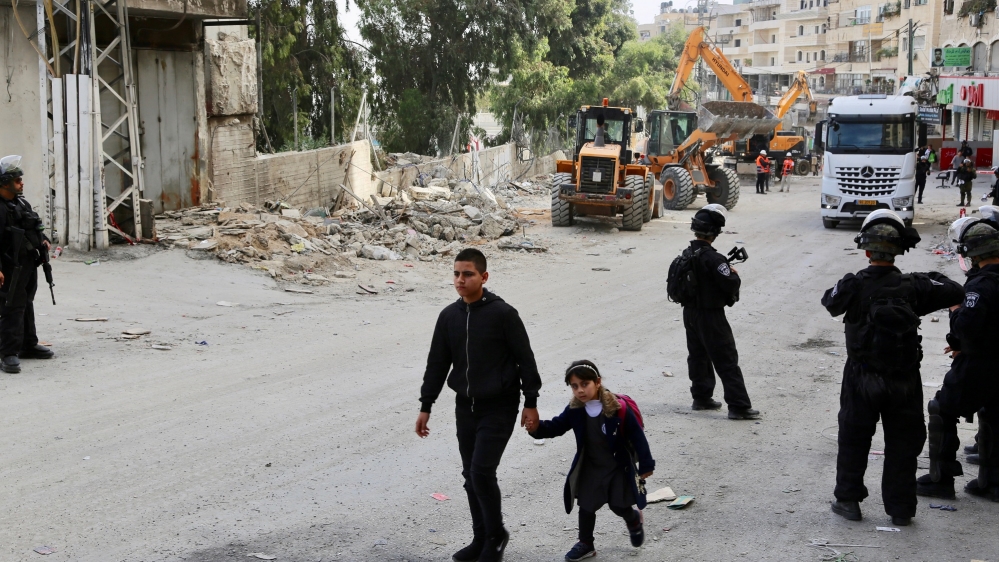 Israeli police force escorted two bulldozers into Shufat camp, where the heavy machineries tore down a two-storey house belonging to a member of the Abu Mayala family purportedly for being built without a license, said Wafa news agency quoting local sources.

Although Palestinians in East Jerusalem make part of the internationally recognized Palestinian Territory that has been subject to Israeli military occupation since 1967, they are denied their citizenship rights and are instead classified only as "residents" whose permits can be revoked if they move away from the city for more than a few years.

The report, “Fake Justice”, shows that the court’s support of Israeli planning policy is tantamount to support for dispossession and forcible transfer of Palestinians, a war crime under international law.