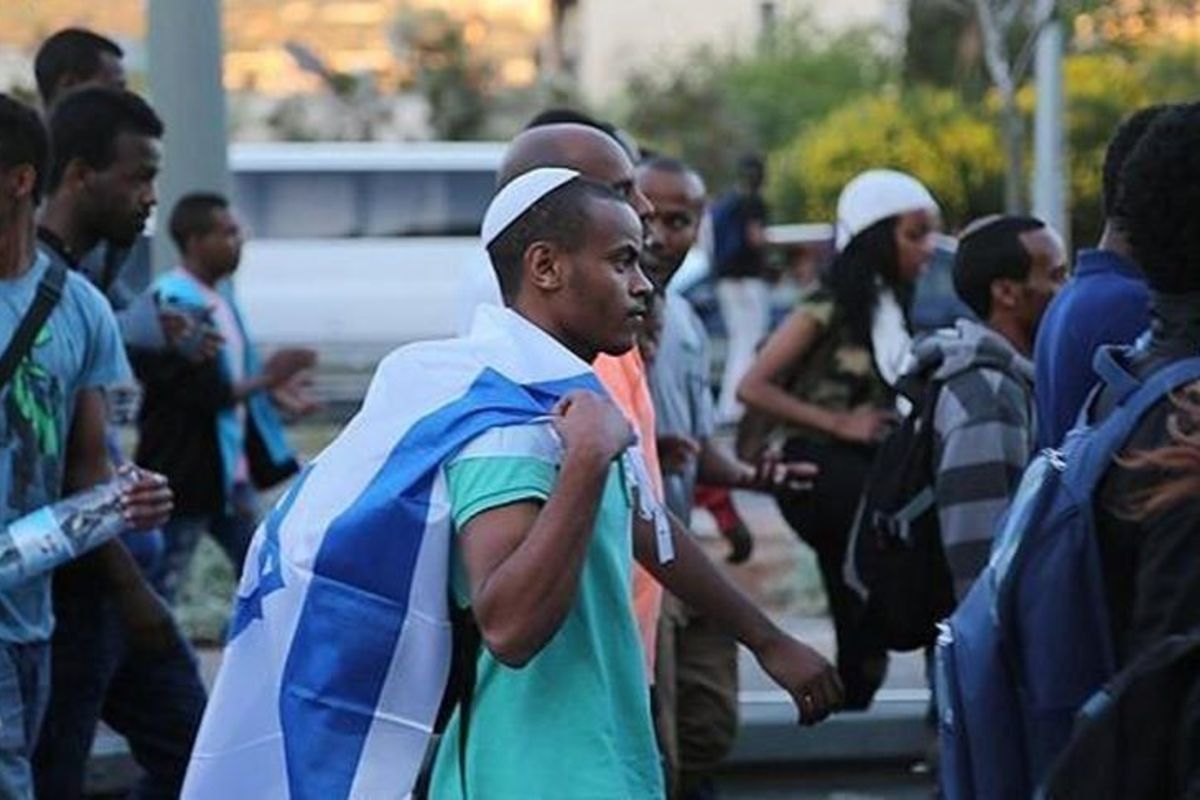 Some 300 Ethiopian immigrants landed Thursday in Palestinian territories occupied since 1948 (present-day Israel) as part of an Israeli plan to expand its Jewish population.

According to The Times of Israel daily, the new arrivals were greeted at Ben Gurion Airport by Immigration Minister Pnina Tamano-Shata and Jewish Agency chairman Isaac Herzog. They were the last of 2,000 Ethiopian immigrants to arrive in Operation Tzur Israel, which began in December.

“This is a journey that is well underway, but far from complete,” Tamano-Shata was quoted as saying in a Jewish Agency statement.

Tamano-Shata, who spearheaded the mission, said Israel remained committed to bringing over the remaining Jews in Ethiopia.

Gantz and Tamano-Shata have stated that the immigration and absorption of Ethiopian Jews waiting to come to Israel will remain a core demand of the Blue and White party for any future government. The party also led the initiative to pass Government Resolution 429, which began bringing Ethiopian Jews to Israel in December 2020.