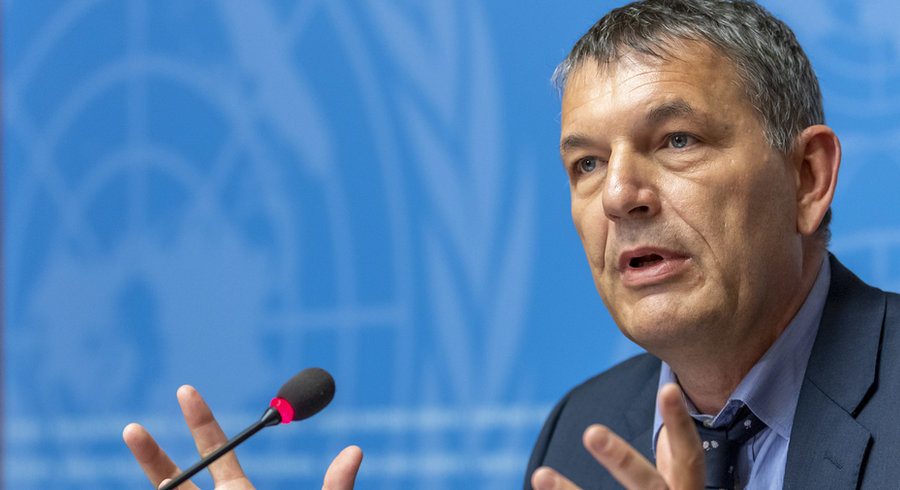 Attacks on UNRWA are aimed at politicizing a humanitarian organisation that has remained neutral in its work with Palestinian refugees, said Commissioner-General of the United Nations Relief and Works Agency for Palestine Refugees in the Near East (UNRWA).

In an opinion published by AlJazeera news site, UNRWA’s head referred to the story of Palestinian refugee Mohammad, a seven-year-old boy living in Gaza, which in June will enter its 15th year of a land, air, and sea blockade.

“Like the nearly 300,000 students in Gaza who attend schools run by UNRWA, Mohammad has been in and out of in-person and remote learning since the outbreak of the COVID-19 pandemic a year ago”, said Lazzarini. “He battles against electricity cuts every day to receive online educational materials prepared by UNRWA teachers who also struggle to get access to electricity and the internet. Mohammad’s right to education remains inalienable even during a pandemic and a humanitarian crisis”.

“He is just one of the 5.7 million Palestine refugees registered with UNRWA today, many of whom have faced unimaginable suffering since their ancestors were displaced from their homeland over 70 years ago. The one-year anniversary of the global lockdown marks 12 months of even greater suffering for Palestine refugees across the region”, he said.

Lazzarini added that in the past year, UNRWA has been the subject of attacks of unprecedented ferocity and bias.

“The charge most frequently levied against us is that UNRWA plays a political role. This could not be further from the truth. UNRWA is mandated to provide direct, vital humanitarian assistance to Palestine refugees pending a just and lasting solution to their plight”, he stressed. “That is the agency’s priority and focus. It does not engage in politics. UNRWA, like all other United Nations agencies and international NGOs, is bound to the four humanitarian principles (humanity, impartiality, neutrality, and independence) that are enshrined in two UN General Assembly resolutions.

“This means that all UNRWA operations are exclusively driven by the alleviation of suffering (humanity), while ensuring that our response is independent from military and political aims (independence), with no discrimination (impartiality), and not taking sides in conflict (neutrality). Being political is antithetical to being a humanitarian”, he stated.

Lazzarni said that strict commitment to humanitarian principles drives all of its positions and decisions. Every UNRWA staff member is trained in upholding the principles of neutrality and non-discrimination and is held accountable and disciplined if found in breach of them. At all 711 UNRWA schools in the region, students organise in school parliaments and learn about the importance of human rights, equality and tolerance. UNRWA schoolteachers are constantly trained on how to approach critically any educational content that is not in line with UN values.

“It is a testament to our 28,000 staff and some 532,000 students that they overwhelmingly assert these values even amid emergency and crisis, remaining neutral even during conflicts”, he said.

Lazzarini warned that the recent attacks on UNRWA – alleging that it teaches “jihad” and “terrorism” – are biased attempts to drag a principled humanitarian agency into a highly politicised sphere where it does not belong. Moreover, they incorrectly cast UNRWA students as prone or supportive to jihad and terrorism.

“There should be no tolerance for stereotyping”, he said. “Firmly sticking to neutrality and non-discrimination ensures that we can work with all parties to be able to assist and protect Palestine refugees, whether by importing medicines for our 144 health clinics that 3.1 million refugees access each year, obtaining visas for our teachers to attend conferences abroad, or ensuring the sanctity of our buildings in wartime.”

“As the largest UN or humanitarian agency operating in one of the most complex and longest-standing conflicts in the Middle East, we know better than anyone else the importance of remaining neutral”, he said. “The ongoing attacks and unfounded allegations against UNRWA are but a political tool to delegitimise the agency and the Palestine refugees that it protects. These attacks seek to draw the focus away from the hardships Palestinian refugees face due to their ongoing dispossession and displacement”.