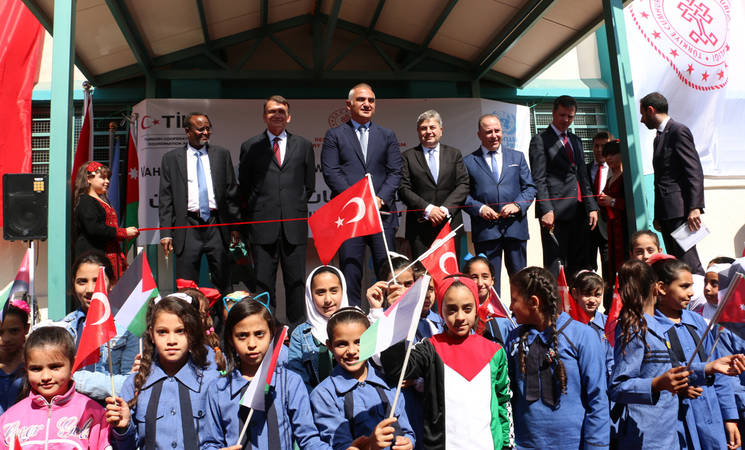 The Government of Turkey has contributed US$ 10 million to the United Nations Relief and Works Agency for Palestine Refugees in the Near East (UNRWA) in support of Palestine refugees.

In a press release issued last week, UNRWA said that this generous funding comes at a critical time for UNRWA as it faces a severe financial crisis and will go towards the Agency’s core programmes of education, health care and improved living conditions for 5.7 million Palestine refugees across all five fields of UNRWA operation. This support from Turkey will have a direct positive impact on the well-being of some of the most vulnerable refugees in the Middle East.

The Turkish Consul General in Jerusalem,  Ambassador Ahmet Rıza Demirer, said, “Turkey greatly appreciates the work of UNRWA in the service of Palestine refugees and acknowledges the critical role the Agency plays in providing them a dignified life. Turkey will continue to support UNRWA and Palestine refugees until there is a just solution to their plight. We also call on the international community to stand with UNRWA as there is no alternative to it.”

Commissioner-General Phillipe Lazzarini expressed his deep gratitude and recognition of the sustained support that Turkey has extended to UNRWA over the years: “We are extremely grateful for the generous support provided by Turkey, especially at this critical time when the COVID-19 pandemic has greatly exacerbated the already devastating financial crisis faced by the Agency. This substantial contribution – early in the year – safeguards our service delivery and provides assurance to Palestine refugees that our service delivery will continue uninterrupted throughout the year. It also represents an investment in the stability of the Middle East region.”

The Government of Turkey has been a steadfast partner to UNRWA and since 1949 and has played a critical role in supporting the Agency. Over the last three years, Turkey has made annual contributions in the amount of US$ 10 million in support of the Agency’s core budget and in 2020 made an in-kind donation worth US$ 9.7 million for Palestine refugees in Gaza.