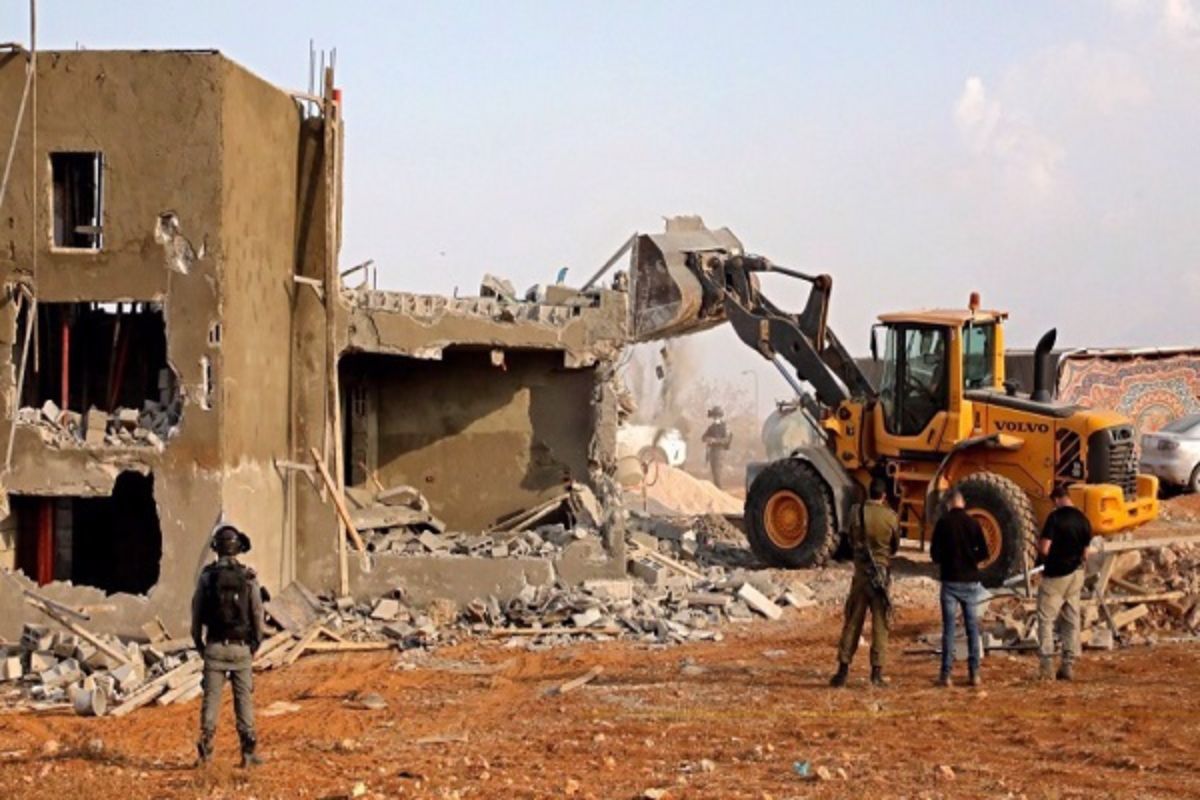 Israel demolishes Palestinian houses and structures almost on a daily basis as a means to achieve “demographic control” of the occupied territories. (File photo)

Israeli forces on Tuesday demolished two Palestinian structures and seized a plot of land in the southern occupied West Bank city of Bethlehem, according to local sources.

Ahmad Salah, a media activist, told WAFA news agency that Israeli forces forced their way into the area between al-Khader town and Beit Jala city, south and west of Bethlehem, where they tore down a shack and a car wash purportedly for being built without permits.

Meanwhile, Israeli soldiers seized a plot of land located to the east of Tuqu‘ town, east of Bethlehem city.

Director of the Wall and Settlement Resistance Commission Office in Bethlehem, Hassan Breijieh, told WAFA that the soldiers seized a donum of land in order to expand a nearby military camp at the northern entrance of the town.