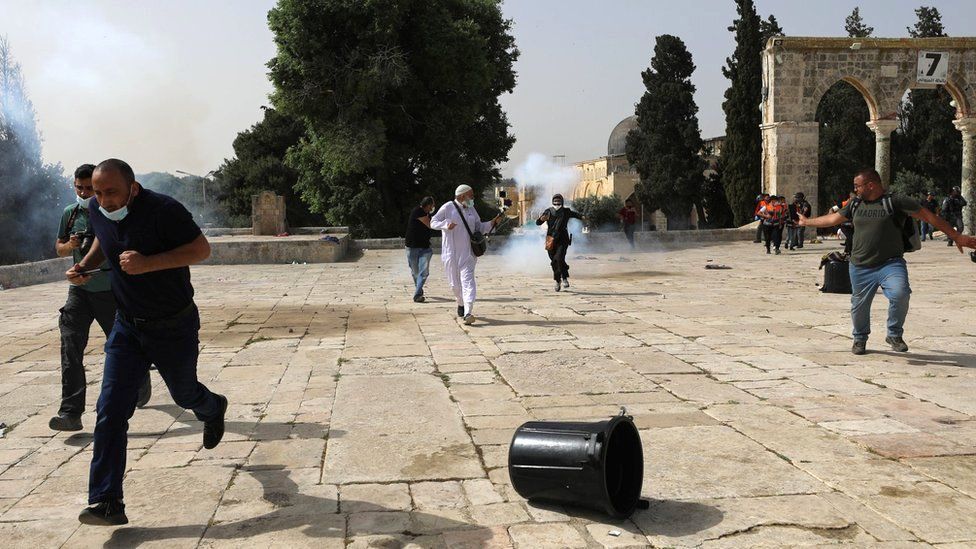 The State of Palestine requested today an urgent meeting of the Arab League at the level of permanent representatives to discuss the latest Israeli violence in Jerusalem.

Palestine's Ambassador to Egypt and Permanent Representative to the Arab League Diab al-Louh said that the calls were made at the orders of President Mahmoud Abbas.

Al-Louh told WAFA news agency that the urgent meeting will discuss the Israeli attacks on worshipers in the courtyards of Al-Aqsa Mosque, in addition to plans to seize homes belonging to Palestinian citizens in the Sheikh Jarrah neighborhood in an attempt to empty the holy city of its Palestinian population and change the existing legal and historical status quo.

"The meeting must bring about decisions and practical measures that can address this unprecedented catastrophic reality," said al-Louh, who urged the international community to provide the necessary protection for the Palestinian people against such systematic Israeli practices and continuous violations.

He stressed that the recent Israeli attack on Al-Aqsa Mosque requires immediate action to prevent further violence and terrorism by Israeli settlers against the Palestinian people.