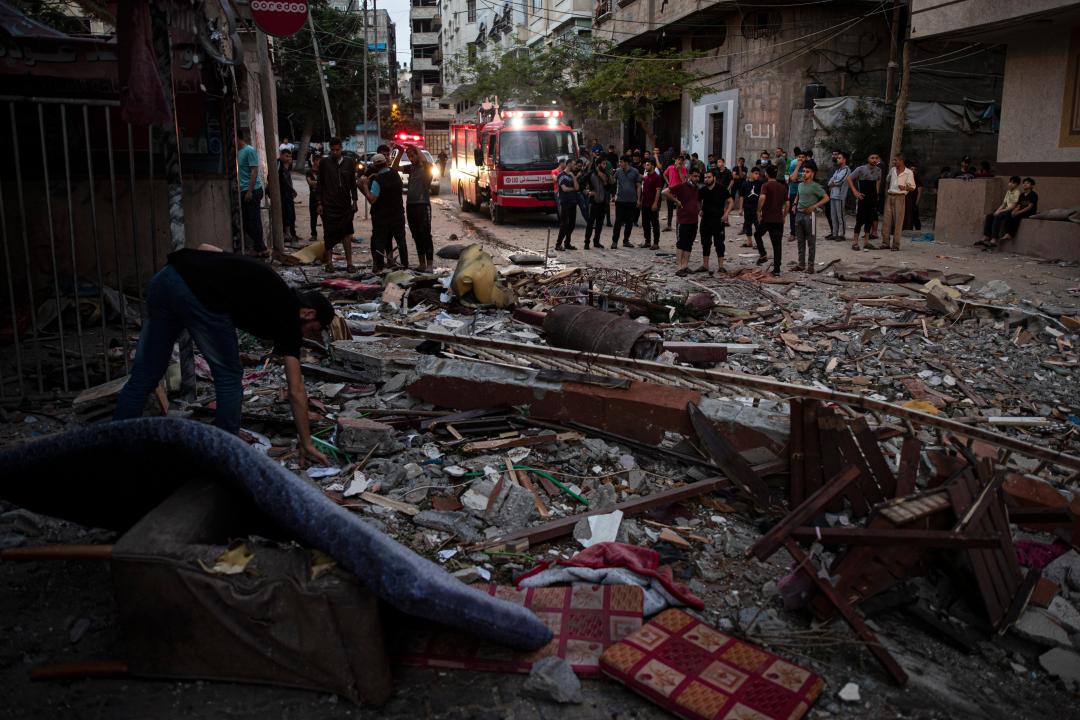 A Palestinian man inspects the rubble of a destroyed residential building after it was hit by Israeli missile strikes, at the Shati refugee camp in Gaza City, early Tuesday, May. 11, 2021. (AP Photo/Khalil Hamra)

On 11 and 12 May 2021 at least four United Nations Relief and Works Agency for Palestine Refugees in the Near East (UNRWA) buildings were hit within the context of Israeli military operations on Gaza.

UNRWA said in a press release that Israeli stirkes caused extensive damage, especially to the Agency’s Headquarters in the besieged enclave.

Pursuant to international law, including the 1946 Convention on the Privileges and Immunities of the United Nations, UNRWA premises, property and assets are inviolable. All UNRWA facilities are clearly marked with a UN flag.