Israeli Army Shoots Palestinian in Hebron, Leaves Him to Bleed to Death 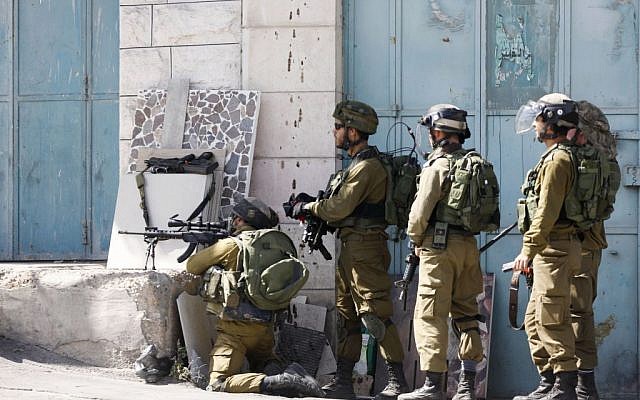 Israeli soldiers stand with their weapons during clashes with Palestinian demonstrators in the West Bank city of Hebron, on Tuesday, October 13, 2015. (AP Photo/Nasser Shiyoukhi)

A Palestinian youth late Saturday night was shot and left to bleed to death by Israeli forces after opening fire on his car at al-Fawwar triangle to the south of Hebron, in the southern occupied West Bank, according to local sources.

WAFA news agency quoted local sources as stating that the soldiers stationed at the military tower at al-Fawwar Triangle opened heavy fire at Wajdi Waleed Ja’afreh’s car and denied medical teams access to him, leaving him to bleed to death.