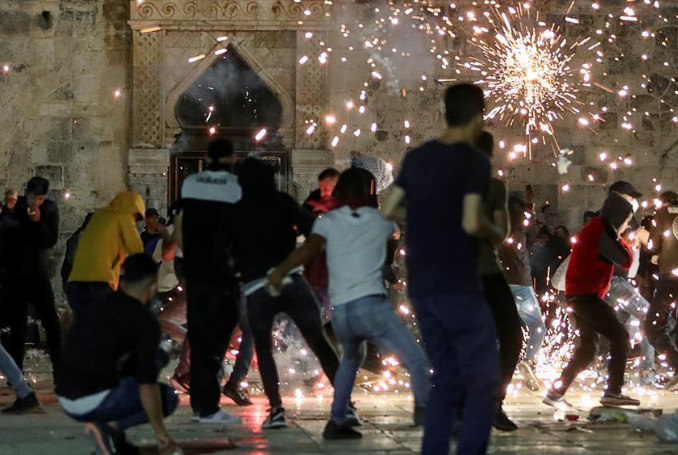 Jordan’s Ministry of Foreign Affairs and Expatriates condemned on Sunday the Israeli escalations in the al-Aqsa Mosque compound (al-Haram Al-Sharif), and the attacks on worshipers and employees.

The ministry denounced the entry of large numbers of Jewish extremists to the mosque under the protection of Israeli police and Special Forces.

Foreign Ministry spokesman Daifallah al-Fayez slammed in a statement the Israeli measures as a dangerous escalation, provocative acts, and a blatant unacceptable and condemned violation that challenge international efforts and endeavors that have been exerted during the past period to achieve calm and stop the escalation and violence in Jerusalem and the rest of the occupied Palestinian territories.

He warned Israel against the repercussions of its continued violations, urging it to abide by its responsibilities as an occupying power in accordance with international law.

Al-Fayez called on Israel to stop its violations and attacks against al-Aqsa Mosque, to respect its sanctity and the legal and historical status quo there, stressing that the Islamic Waqf department, which is a Jordanian government department, is the sole authority responsible for the mosque’s affairs.

He called on the international community to uphold its responsibilities and compel Israel to stop its assaults against Jerusalem and its holy sites.