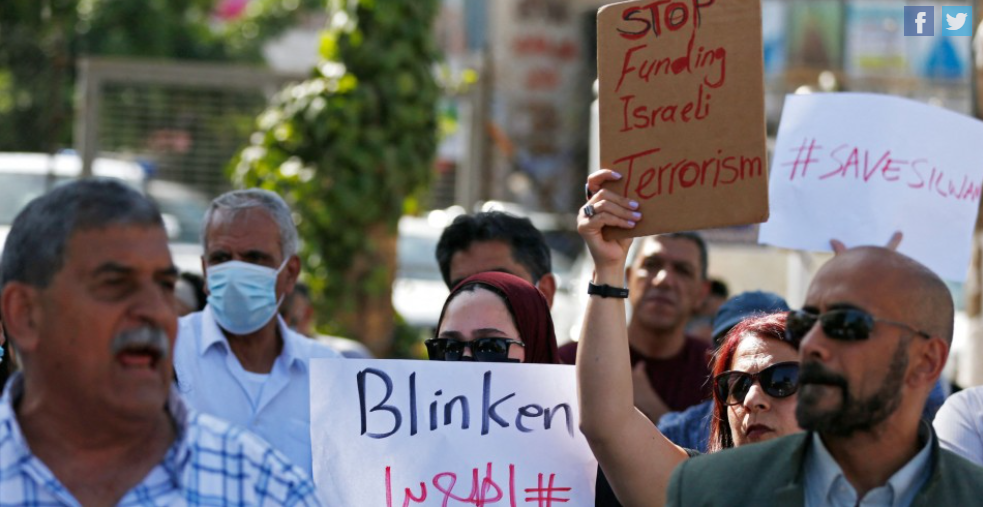 Demonstrators carry placards as they protest the visit of U.S. Secretary of State Antony Blinken to the occupied West Bank on May 25, 2021. (Photo: Abbas Momani/AFP via Getty Images)

Hundreds of pro-Palestine protesters gathered outside Boeing International Headquarters in Chicago, Illionis, on Saturday in protest of a State Department decision granting Boeing permission to sell $735 million worth of precision guided missiles to Israel.

The demonstrators chanted slogans in protest of the deal and said the company was profiting off the deaths of Palestinians.

According to the New York-based Fox News satellite channel, the protesters urged the US administration not to allow the weapons to go through in the wake of the Israeli aggression on the Gaza Strip. The aggression, which ended on May 21, resulted in the killing of at least 260 Palestinians, predominantly civilians.

While the Biden administration had formally notified the Congress of the sale on May 5, it was not publicized until four days later after the Washington Post broke the story.