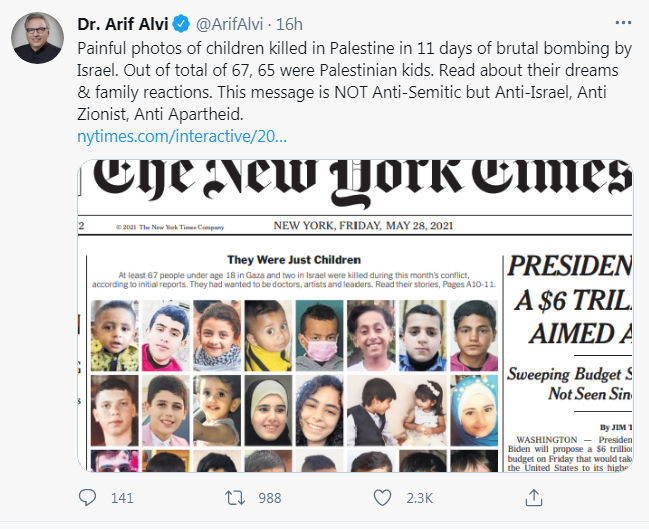 Pakistani President Arif Alvi has shared a media report depicting the ''painful photos'' of Palestinian children who were massacred in Gaza during the recent Israeli aggression on the coastal enclave.

In a Tweet, Alvi published a copy of a report by prominent US daily New York Times titled ''They Were Children'', which narrated the heart-rendering stories of the victim families who lost their kids in the Israeli bombings.

He said these are ''painful photos of children killed in Palestine in 11 days of brutal bombing by Israel. Out of a total of 67, sixty-five were Palestinian kids.''

The Pakistani President further remarked: “Read about their dreams and family reactions. This message is not Anti-Semitic, but Anti-Israel, Anti-Zionist and Anti-Apartheid”.