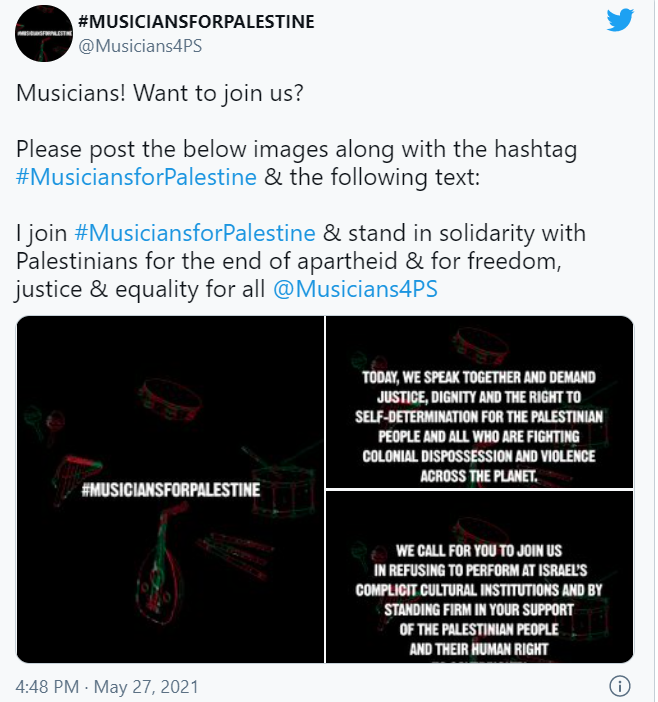 Hundreds of musicians, including members of Rage Against the Machine, have signed on to an open letter that asks other artists to boycott performances in Israel until it ends its occupation of Palestine.

The Strokes' Julian Casablancas, members of Cypress Hill, Patti Smith, Pink Floyd's Roger Waters and System of a Down's Serj Tankian are some of the musicians who have pledged their support to the boycott call, which has been organised under the banner "Musicians for Palestine" and has garnered 600 signatures so far.

"As musicians, we cannot be silent. Today it is essential that we stand with Palestine. We are calling on our peers to publicly assert their solidarity with the Palestinian people. Complicity with Israeli war crimes is found in silence, and today silence is not an option," the letter states.

"Today, we speak together and demand justice, dignity and the right to self-determination for the Palestinian people and all who are fighting colonial dispossession and violence across the planet," it continues.

Iraqi-Canadian rapper, Yassin Alsalman, who is better known by his stage name Narcy of The Narcicyst, helped organise the open letter, calling on others to join.

"Listen, if we are not going to use our art and space to amplify those in need of space then what are we doing?" Alsalman said in one of his many calls to action.

The open letter asks fellow artists to refuse "to perform at Israel's complicit cultural institutions, and by standing firm in your support of the Palestinian people and their human right to sovereignty and freedom".

"We believe this is crucial to one day live in a world without segregation and apartheid," it says.

The Roots' Black Thought and Questlove, Godspeed You! Black Emperor, Thurston Moore, Bun B, Royce Da 5'9″, Talib Kweli, Run the Jewels and Anti-Flag were also among the hundreds of signatories.