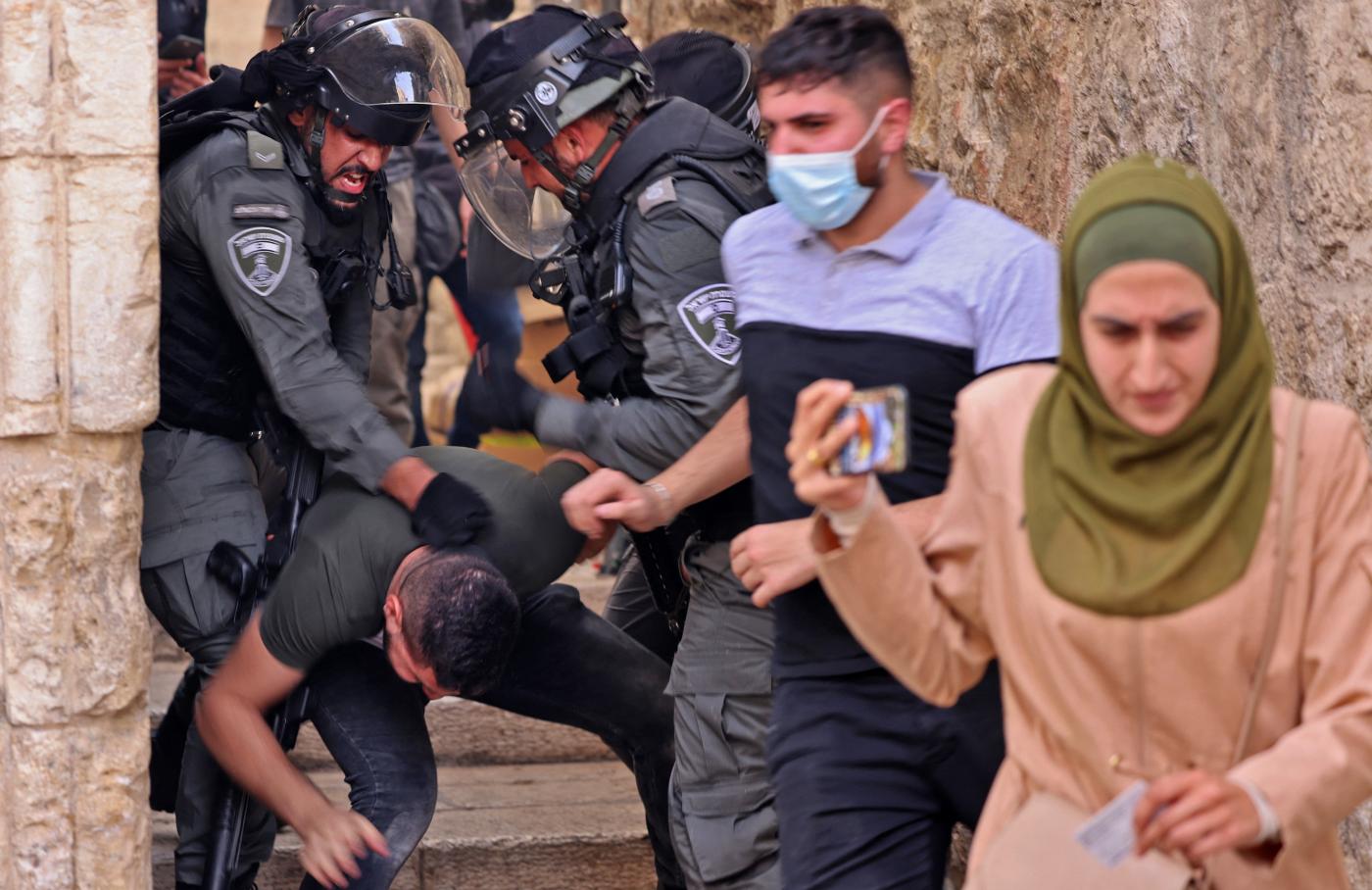 Israeli occupation forces on Saturday evening assaulted dozens of Palestinian protesters and solidarity activists as they were demonstrating in the occupied Jerusalem neighborhood of Sheikh Jarrah, where Palestinians are facing an Israeli threat of eviction from their homes.

Witnesses said dozens of Israeli police officers physically assaulted the protesters, attacked them with teargas, and pushed them away from the entrance of the neighborhood, which has been sealed by the occupation authorities for more than two weeks.

Police officers also assaulted some of the journalists who were covering the Israeli attack and pushed them away.

For two weeks now, Israel has erected a permanent checkpoint at the entrance to the neighborhood denying access of the Palestinian citizens to and out of the neighborhood, while allowing unrestricted access to colonial Israeli settlers.

The Palestinian neighborhood of Sheikh Jarrah in occupied East Jerusalem has existed for more than nine centuries under different dynasties and states. But the occupying state of Israel wants to change its demography by replacing the citizens of the neighborhood by Zionist settlers.