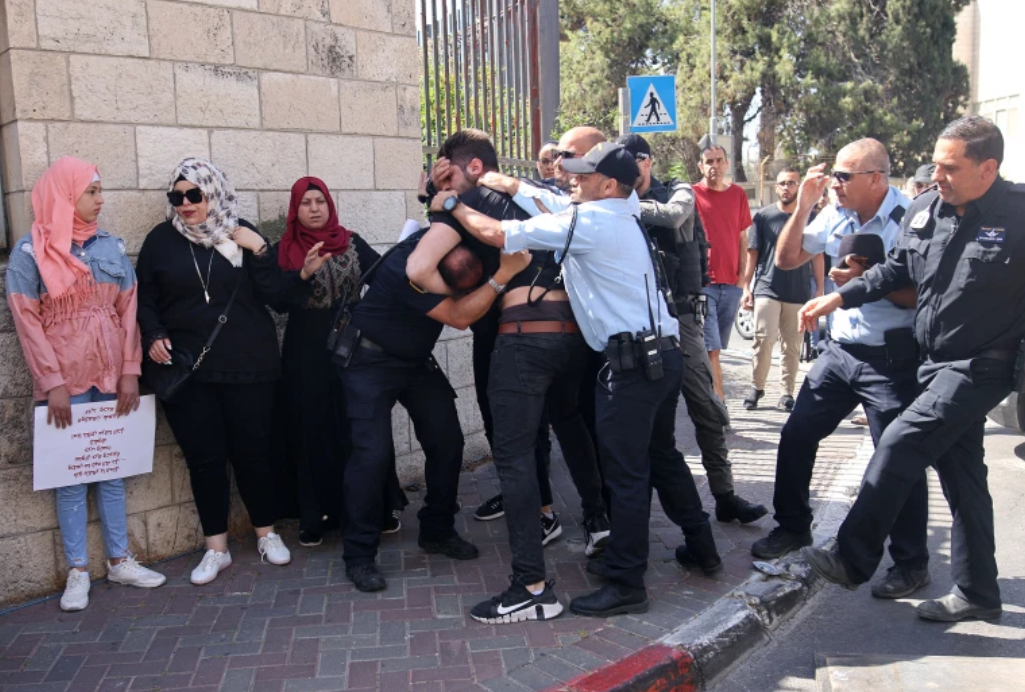 A Palestinian protester scuffles with Israeli forces outside the court in Jerusalem on May 26, 2021 during a protest over Israel’s planned evictions of Palestinian families from homes in occupied East Jerusalem’s Silwan district. [Ahmad Gharabli/AFP]

The Israeli Central Court in occupied Jerusalem postponed hearings on the forced evictions of the seven households awaiting a verdict on an appeal which has been submitted concerning the ownership of another two homes in the quarter.

This comes only two days after the court postponed a decision on the appeal submitted by 86 Palestinian families, comprising some 700 people, who are facing the imminent threat of forced expulsion from their homes in the neighborhood.

Last year, the court okayed the expulsion of seven Palestinian families in order for Jewish settlers to move into the predominantly Arab district – part of the Israeli policy to build settler homes in occupied Jerusalem.

According to unofficial estimates, about 1,250 Palestinians in the occupied Jerusalem neighborhoods of Batn al-Hawa and Sheikh Jarrah are facing an imminent threat of eviction from their homes in favor of Israeli settlers.

Silwan, home to about 33,000 Palestinians, is located outside the walls of the Old City and barely 5km from Sheikh Jarrah neighourhood in occupied Jerusalem, where protests against planned expulsions led to Israeli violence against Palestinians and the 11-day aggression on Gaza.

Since the 1980s, Israel has been moving Jewish settlers to the neighbourhood, and currently several hundred settlers live there in heavily protected settlement compounds, at the expense of Palestinian families who were forcibly displaced.