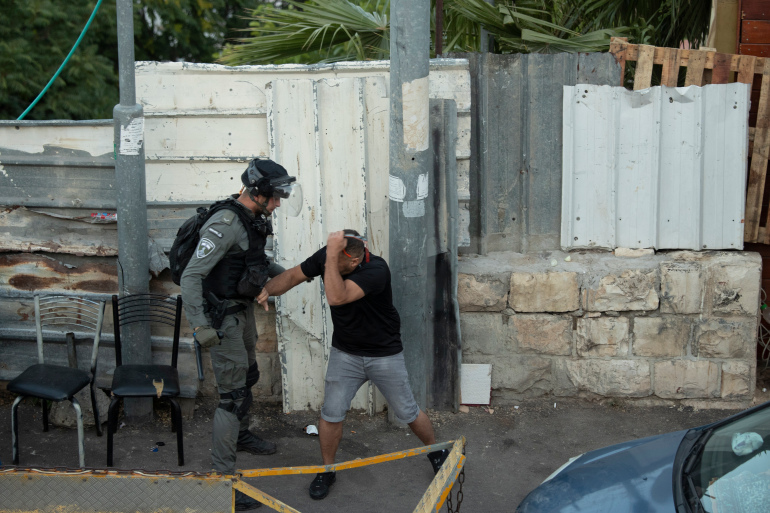 An Israeli border police officer hits a Palestinian man during a confrontation in the Silwan neighbourhood of East Jerusalem. [Maya Alleruzzo/AP Photo]

Israeli police attacked on Thursday a sit-in held in front of Israel’s Israeli Central Court in occupied Jerusalem city in solidarity with two Palestinian families who are threatened with the forcible expulsion from their homes in Silwan’s Batn al-Hawa area for the benefit of settlers.

According to Palestinian news agency WAFA, Israeli forces violently suppressed the sit-in which was held in front of Israel’s central court, where a hearing was held to look into the case of Salem Ghaith and Jawad Abu Nab families, who are one the hundreds of families threatened with the forcible expulsion from their homes from the occupied East Jerusalem neighborhoods of Silwan and Sheikh Jarrah for the benefit of Israeli settlers.

The police detained both Basel al-Dweik and Adel al-Silwadi after severely beating them up.