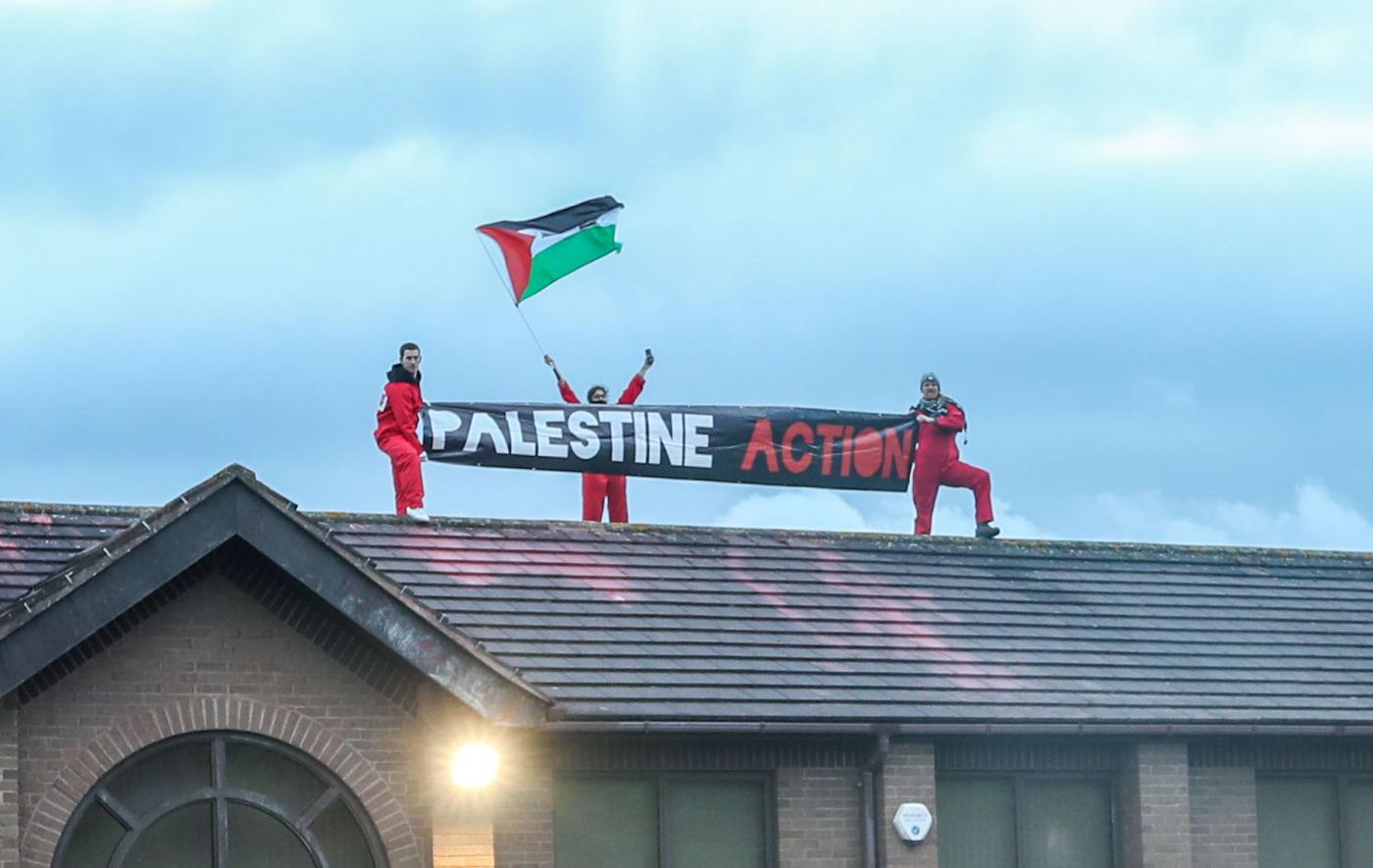 Activists scaled and occupied the roof of a factory run by Israeli arms maker Elbit Systems, in the British town of Tamworth, forcing the site to close, 25 May 2021. (Vudi Xhymshiti)

Pro-Palestinian activists have stormed and taken over a factory in Runcorn, a town in the northwest of England, which it says supplies parts for drones produced by Israeli arms manufacturer Elbit Systems.

Palestine Action said in a statement that it had "stormed, scaled, and occupied" the factory, operated by APPH, at 4.30am local time on Thursday.

The organisation, which describes itself as a direct-action network of groups and individuals, said APPH, which is owned by Canadian firm Heroux-Devtek, manufactures military technology and landing gear for Elbit's drones.

Palestine Action said the drones have been used by Israeli forces to bombard and surveil Palestinian civilians, before entering the global market where they were sold as "battle-tested" and "field proven" to repressive governments around the world.