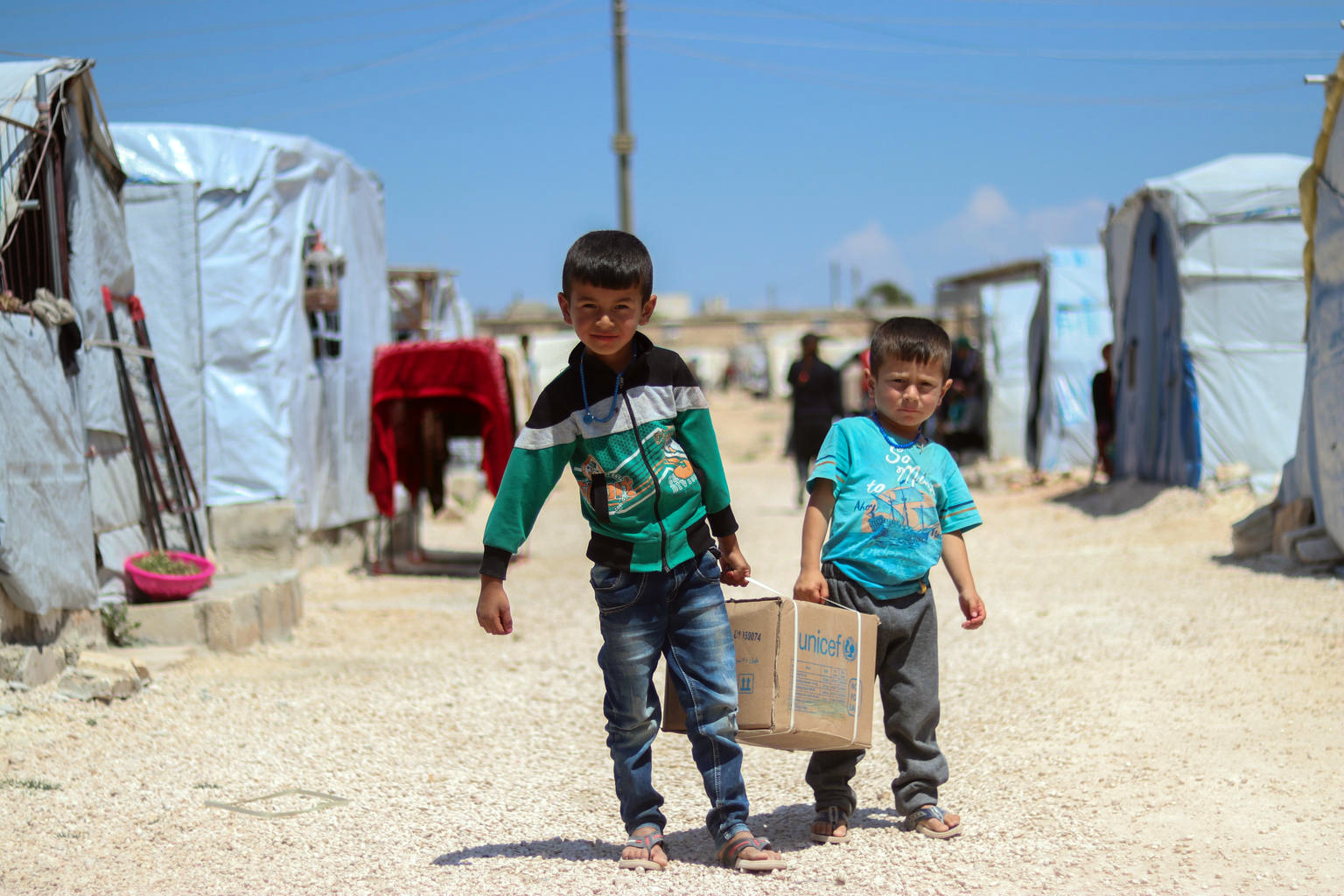 Two children carry a family hygiene package from UNICEF to their tent in Fafin camp near Aleppo. (UNICEF photo)

The conflict and humanitarian crisis in Syria are pushing an ever increasing number of children, including Palestinian refugees, into exploitation in the labour market, said the Action Group for Palestinians of Syria (AGPS).

In a report issued earlier this week, the London-based human rights watchdog said scores of children continue to toil for long hours with little pay in Syria, often in extremely hazardous and unhealthy environments, to contribute to the family income.

A spiralling number of children whose families are taking shelter in displacement camps in northern Syria are also employed in harmful working conditions, risking serious damage to their health and wellbeing.

In neighboring countries such as Jordan and Lebanon, a number of children who fled war-torn Syria with their families are the joint or sole family breadwinners. Children as young as six years old are reportedly working.

The most vulnerable of all working children are those involved in armed conflict, sexual exploitation and illicit activities including organized begging and child trafficking.

AGPS called on the international community, host governments, and civil society to undertake a series of measures to address child labour inside Syria and in countries affected by the humanitarian crisis.

The human rights group added that all concerned parties should join forces in order to improve access to livelihoods including through making more funding available for income-generating activities and to provide quality and safe education for all children impacted by the crisis. 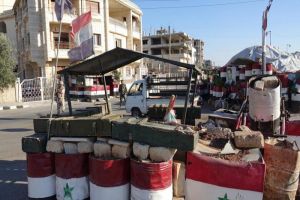