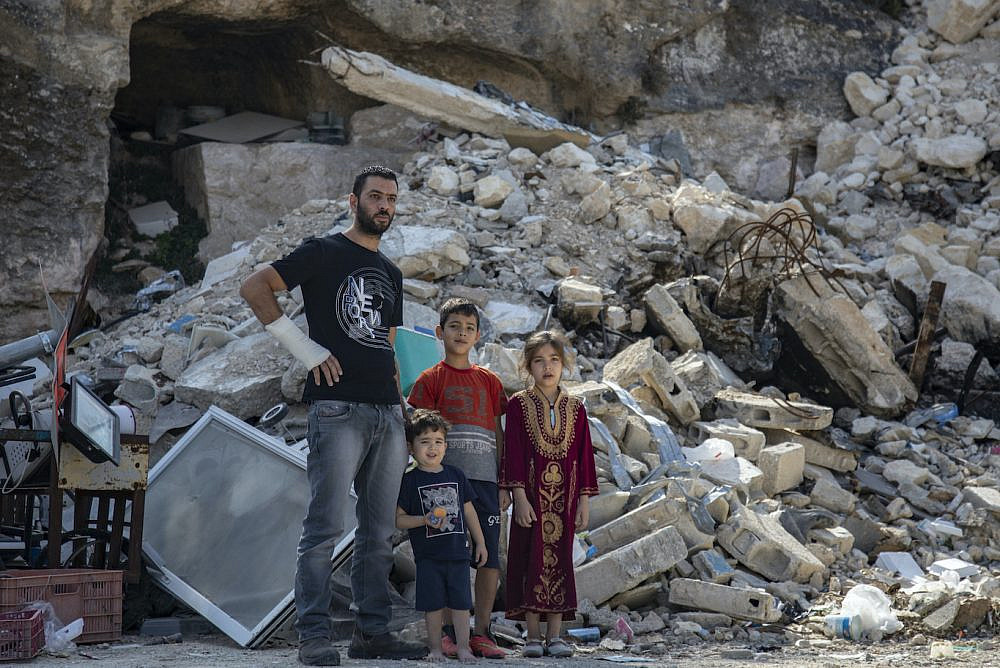 Israeli forces demolished two Palestinian houses near Mukhmas village, northeast of the occupied city of Jerusalem, according to sources.

Palestinian citizen Khadr Ka‘abneh told WAFA news agency that Israeli forces tore down two houses, each of which occupies an area of some 30 square meters, and seized solar panels that supplied the electricity to run the houses, located east of the village.

Owners of the demolished structures were identified as Salem and Mohammad Zahawra.

Israel demolishes Palestinian houses and structures almost on a daily basis as a means to achieve "demographic control" of the occupied territories.

In contrast, Israel argues that building within existing colonial settlements is necessary to accommodate the "natural growth" of settlers. Therefore, it much more easily gives the over 700,000 Jewish Israeli settlers there building permits and provides them with roads, electricity, water and sewage systems that remain inaccessible to many neighboring Palestinians.