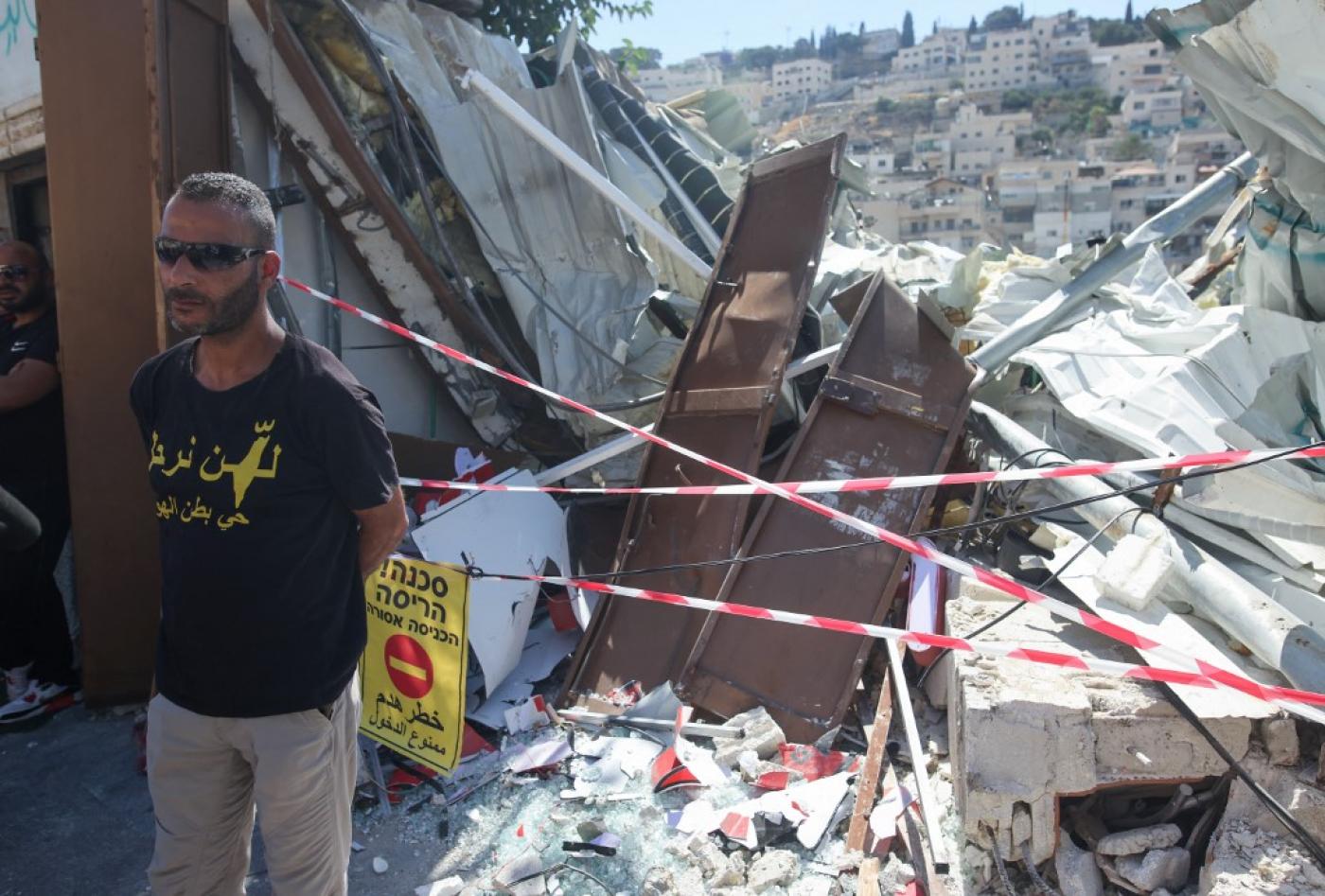 A Palestinian wearing a shirt bearing the Arabic inscription 'we shall not leave' stands next to the rubble of a shop demolished by Israeli forces in al-Bustan, 29 June 2021 (AFP)

The Norwegian Refugee Council pushed for an immediate end to the Israeli authorities’ schemes of forcible displacement and mass house demolitions against the Palestinian people.

The residents of Al-Bustan area in occupied East Jerusalem's Silwan neighborhood are at risk of being forcibly displaced from their homes, the Norwegian Refugee Council warned, after the Israeli authorities commenced demolitions in the area on Tuesday.

Sparking protests, the Israeli authorities demolished a butcher shop in Al-Bustan on the pretext that it did not have a building permit.

The Rajabi family owns the property that houses the shop. At least 13 people were injured as the police deployed force to disperse protestors. Now 15 families in Al-Bustan are at imminent risk of losing their properties.

"Israeli authorities must immediately stop forcibly displacing people and demolishing their homes and property," said Caroline Ort, Norwegian Refugee Council's Palestine country director. "Under the Fourth Geneva Convention, Israel has an obligation to protect civilians under its occupation and to refrain from destroying private property."

The demolitions come after Palestinian families have struggled in the courts for years to stave off the demolitions that could ultimately affect the majority of Al-Bustan's 1,550 residents, who have been served with demolition orders since 2005.

The Israeli authorities have banned all construction in Al-Bustan and arbitrarily designated the area as 'open' or 'green' space.

Palestinian families have been resisting the move, submitting a proposal to the Jerusalem Municipality to let them stay on part of the land.

Out of 93 cases in Al-Bustan receiving NRC legal support, an Israeli local affairs court suspended demolition orders for 52 of them until 15 August pending the planning process with the municipality. But 16 properties, including the butcher shop, served with demolition orders after Amendment 116 to Israel's Planning and Building Law came into effect in 2018, were excluded by the same court.

Following Tuesday's demolition, the remaining 15 properties are at imminent risk.

Under Amendment 116, judicial discretion on demolition orders is limited to special grounds and for a maximum of one year. The remaining 25 cases are pending before the courts, and subject to the same limitations under Amendment 116.

More than 100,000 Palestinian residents of East Jerusalem are at risk of displacement, according to the UN Office for the Coordination of Humanitarian Affairs (OCHA), and around 330,000 face a lack of infrastructure and severe housing shortages because of discriminatory Israeli planning and zoning policies.

Only 13 per cent of East Jerusalem is approved for Palestinians, subject to building permits, and most of these areas are already built up.

Israel's obligations under international humanitarian and human rights law include prohibitions against changing the laws and customs in occupied territory, transferring populations in and out of occupied territory, destroying private property and forcible transfer, and discriminating on national, racial or ethnic grounds.

"The international community must prevent the forcible displacement of Palestinian families and demand Israel ceases advancing settlements in East Jerusalem that cause irreparable damage to the prospects for a viable Palestinian state and the resolution of the question of Jerusalem," said Caroline Ort. 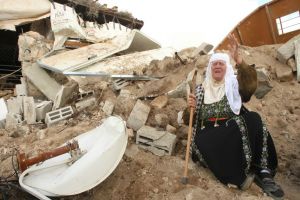 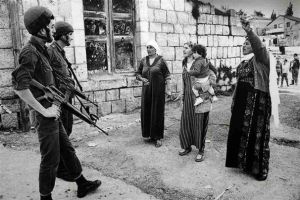 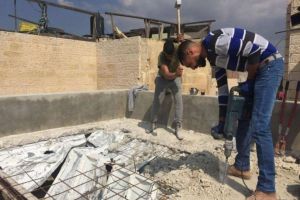 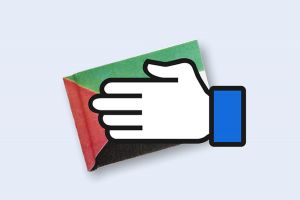