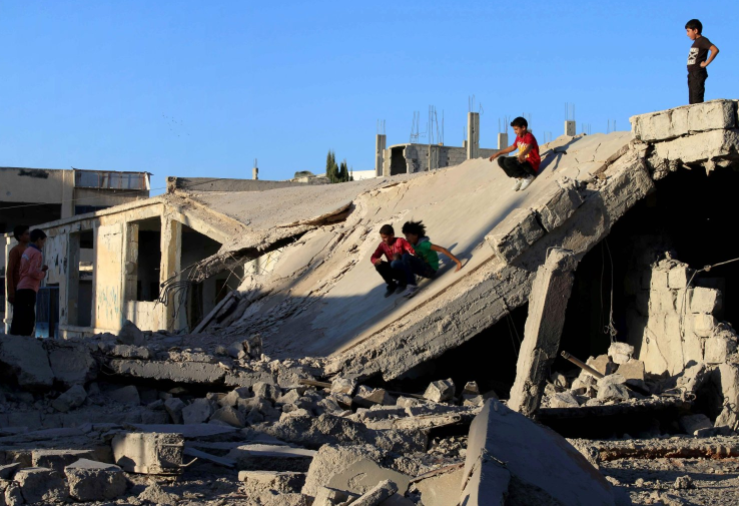 Syrian children slide down the rubble of destroyed a building in the opposition-held city of Daraa, in southwestern Syria, Sept. 12, 2016. (AFP File Photo)

Dozens of Palestinian refugees took to the streets of Deraa city, south of Syria, as they called on the Syrian security forces and their Russian allies to lift the tough cordon imposed around the area.

The Syrian security forces continue to block civilians’ access out of and into the area. As a result, families have run out of vital food items and medicines.

The regime has been keeping the Daraa Balad neighborhood under blockade to prevent the transportation of humanitarian aid supplies for over a week, Anadolu Agency (AA) reported.

Palestinian refugees have expressed concerns over a new wave of forced military conscription and arbitrary manhunts in the area.