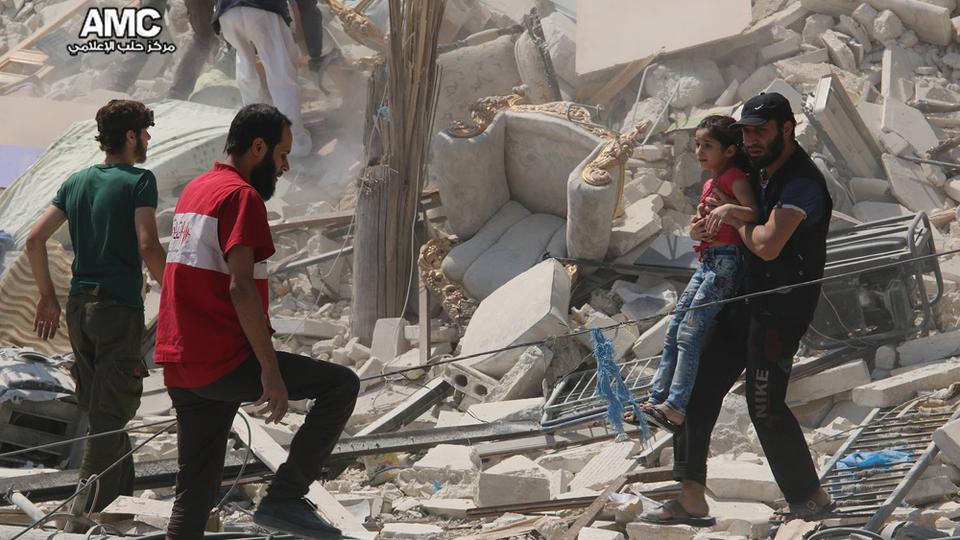 In this August 27, 2016 file photo, a Syrian man carries a girl away from the rubble of a destroyed building after barrel bombs were dropped on the Bab al Nairab neighbourhood in Aleppo, Syria. (Aleppo Media Center / AP)

Residents of AlNeirab Camp, in Aleppo, said prices have skyrocketed at the local market, where vital products have been sold at exorbitant costs.

Local sources said prices of fuel and bread have seen an increase of 250% and 100% consecutively.

The residents called on local authorities to take serious measures in response to price manipulation and violations of product pricing rules.

Living conditions in AlNeirab Camp have sharply deteriorated due to the lack of financial resources and high unemployment rates wrought by the unbridled warfare.

Before the start of the conflict in Syria, Neirab camp was home to more than 20,000 Palestine refugees. Like other Palestine refugee camps in Syria, a large number of families, young people, have travelled abroad. The camp has also seen a large influx of more than 900 families from the nearby Ein el Tal camp, which has been mostly destroyed.