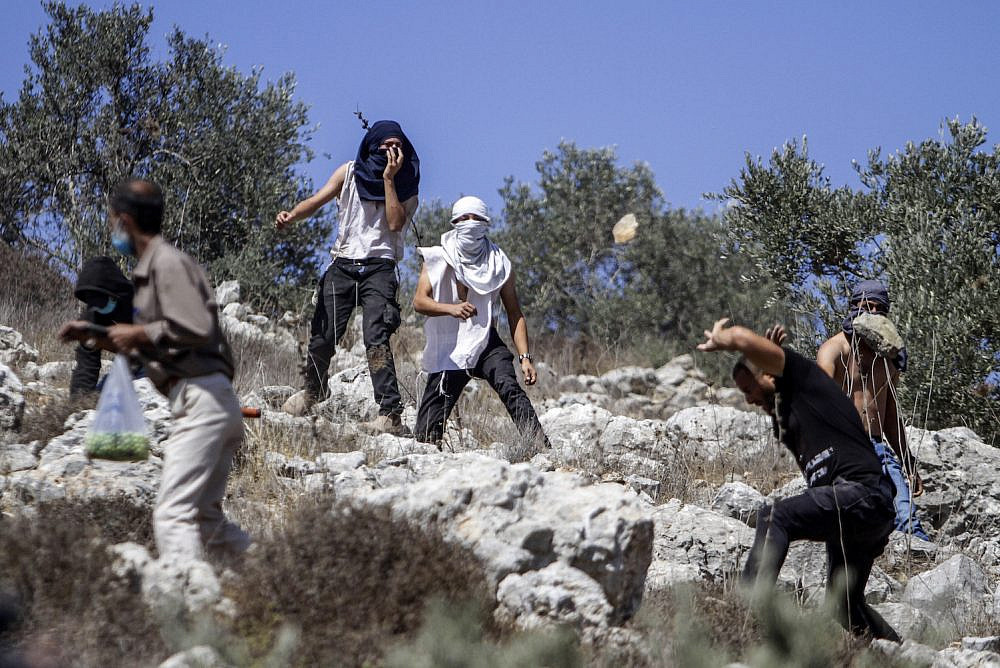 Israeli settlers hurl stones at Palestinians during the annual harvest season near the Israeli settlement of Yitzhar, West Bank on October 7, 2020. (Nasser Ishtayeh/Flash90)

Israeli settlers on Saturday attacked a Palestinian man in an attempt to prevent him from building his house in the village of Qaryut, to the south of Nablus in the occupied West Bank, according to local activist.

Bashar Qaryuti, an anti-settlement activist, told WAFA news agency that a group of Israeli settlers attacked the house owner as he was trying to build a roof to his house located on the outskirts of the village.

However, he added, village residents rushed to help the house owner and succeeded in forcing the settlers out of the village.

Qaryuti said an Israeli army force later arrived at the scene and instead of going after the settlers, confiscated construction equipment belonging to the house owner and prevented him from proceeding with the construction.

Israeli settler violence against Palestinians and their property is commonplace in the occupied West Bank and is rarely prosecuted by Israeli authorities.