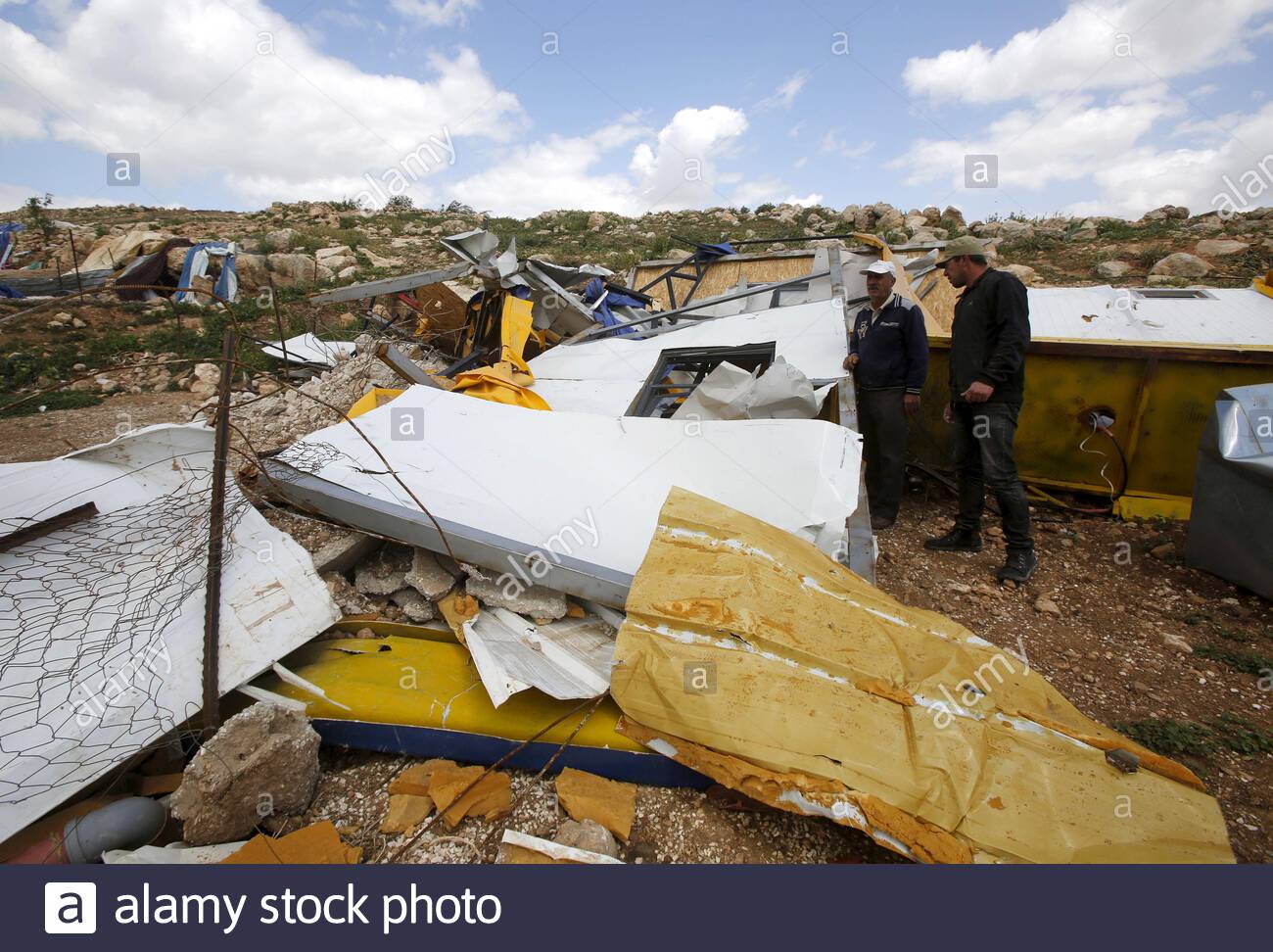 Palestinians look at the remains of a school project that was funded by the European Commission Humanitarian Aid and Civil Protection (ECHO) and was demolished by Israeli forces, in Khirbet Tana near the West Bank city of Nablus March 29, 2016. (REUTERS)

Mayor of the town of Samou Hatem Mahareeq told WAFA news agency that Israeli soldiers stopped staff from his municipality as they were working on rehabilitating the electricity grid and seized the equipment and cables while preventing the technicians from continuing with their work.

Mahareeq said the project was funded by the Danish government through the EU for a total of 93,000 euros as part of projects intended to develop Area C of the occupied West Bank, which is under full Israeli military control.

He said the grid serves around 2,500 people living in that area, calling for an international intervention to get Israel to return the equipment and allow the continuation of the project.