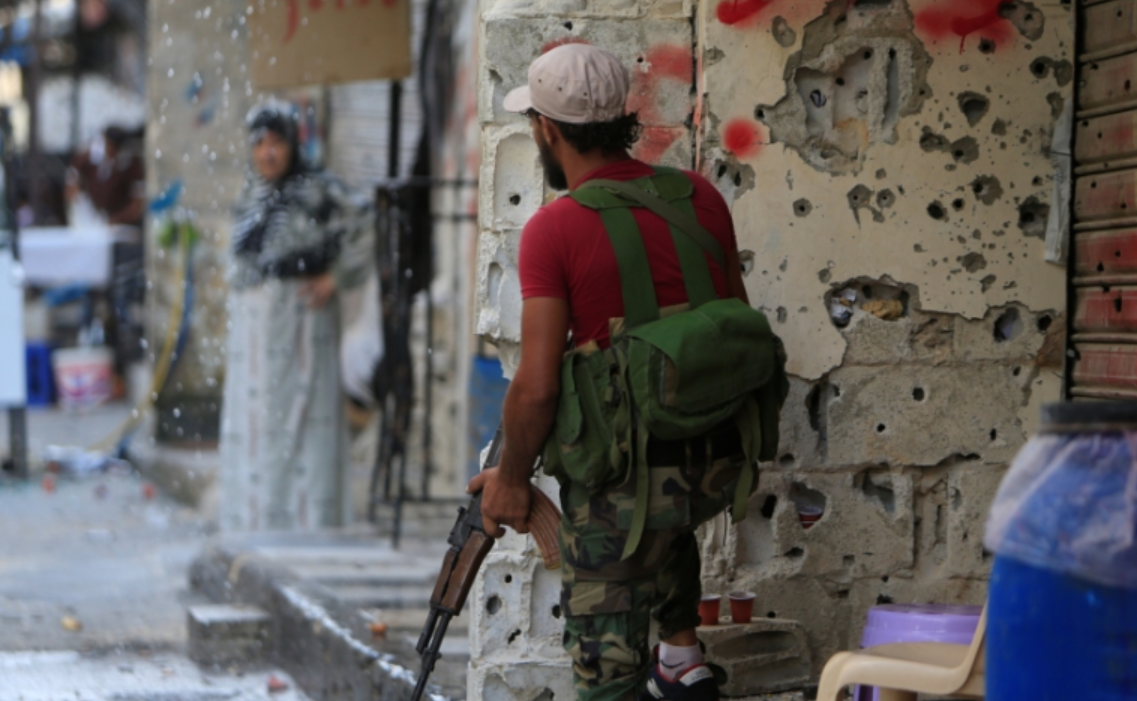 Ein El Hilweh camp is located south of Saida in south Lebanon. It is the largest Palestine refugee camp in Lebanon. (File photo/Reuters)

Palestinian refugees sheltered in Ein AlHilweh displacement camp in Lebanon continue to voice concerns over the security turmoil and uncontrolled weapon possession in the area.

On Saturday, handmade grenades and machine guns were used in shootouts that rocked the camp, resulting in four injuries. Fires also broke out at four houses.

The vast majority of Palestinian refugees in the camp are grappling with deportation concerns and live in a perpetual fear over their families’ safety due to the unending shootouts rocking the camp.

Ein El Hilweh camp is located south of Saida in south Lebanon. It is the largest Palestine refugee camp in Lebanon.

The camp’s inhabitants were displaced in 1948, most from coastal towns in historic Palestine. The camp also hosts a large number of Palestine refugees displaced from other parts of Lebanon, particularly from Tripoli, who came to Ein El Hilweh during the Lebanese civil war and in the aftermath of the Nahr el-Bared conflict in 2007.

Today, the ongoing Syria crisis has also led to an influx of Syrian refugees and Palestine refugees displaced from Syria.